Dissolving a Company in Indonesia: A Step-by-Step Guide 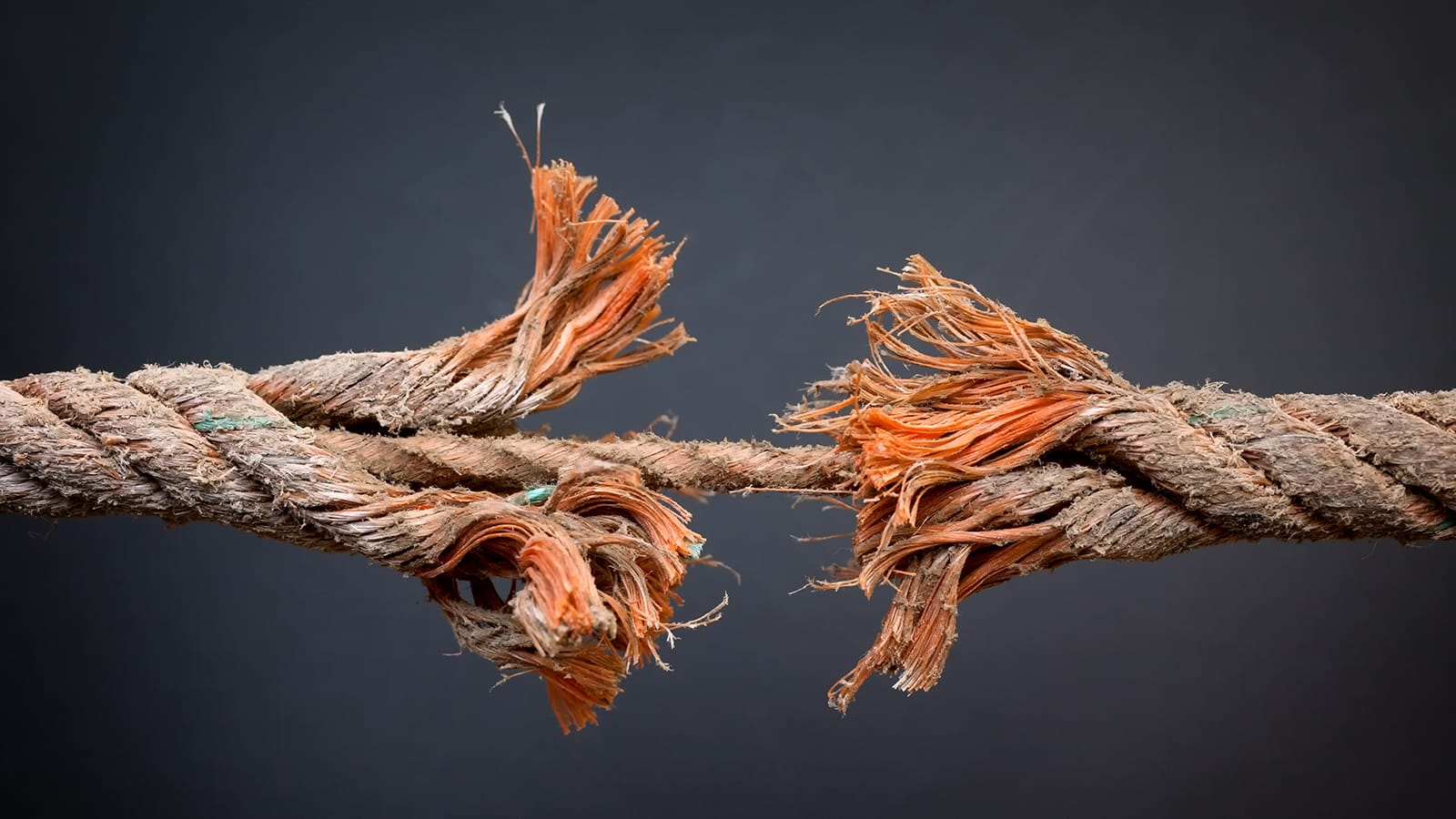 Reasons leading to dissolution of a PT PMA

The dissolution of a limited liability company (PT PMA) does not always indicate company’s insolvency. There are several other reasons that can bring about the decision to close down the business.

Some common reasons for company liquidation in Indonesia are:

When a company determines to end its business activities in Indonesia, it does not automatically lose its status as a legal entity, according to the Indonesian Company Law. In order to officially wind up, the company must complete certain steps of company liquidation.

How to close a company in Indonesia

In order to start the process of company dissolution, a proposal to wind up the legal entity must be presented to the GMS.

The Board of Directors, Board of Commissioners, or one or more shareholders who represent at least 1/10 of the total number of shares and who have voting rights have the authority to submit this proposition.

#2 Appointment of a liquidator

The General Meeting of Shareholders should appoint a liquidator who will manage the winding-up procedures. Usually, the Director of the company will take that role.

Subsequent to the liquidator appointment, he or she needs to announce the winding up of a PT PMA in a newspaper and the State Gazette of the Republic of Indonesia. This must be done within 30 days from the General Meeting of Shareholders.

The purpose of the announcement is to notify any creditors to allow them to bill the company if the company has any loans. The lenders can claim the debt within 60 days after the issuance of the newspaper announcement.

#4 Dissolution approval from the MoLHR

After 60 days from the dissolution announcement, the next step is to submit the approval of winding up to the Ministry of Law and Human Rights (MoLHR).

After the validation from the MoLHR, the company is already considered to be wound up. However, in order to remove the company’s legal status and its name from the system, you must complete the following steps as well.

In order to proceed to liquidation, the liquidator has to make another newspaper announcement after the approval of the dissolution of a PT PMA. This announcement should declare the division of the company’s assets.

#6 General Meeting of Shareholders on the division of assets

When another 60 days have passed, the General Meeting of Shareholders needs to ratify the division of the assets.

After the GMS has approved the division of the company’s assets, the Ministry of Law and Human Rights also needs to confirm the distribution of the assets.

This step concludes the liquidation process and the company will no longer have a legal status in Indonesia.

#8 Declaration of the completion of liquidation process

The final step of dissolving a company in Indonesia is to make another public notification. This time to announce the completion of the steps of company liquidation and that your company has ceased to exist.

The complete procedure of dissolving a company in Indonesia presumes the fulfillment of all 8 steps. In practice, however, companies often proceed only until the company has been recognized as wound up by the Ministry of Law and Human Rights.

Timeline of company liquidation in Indonesia

The total process of the dissolution of a PT PMA consists of two main stages: 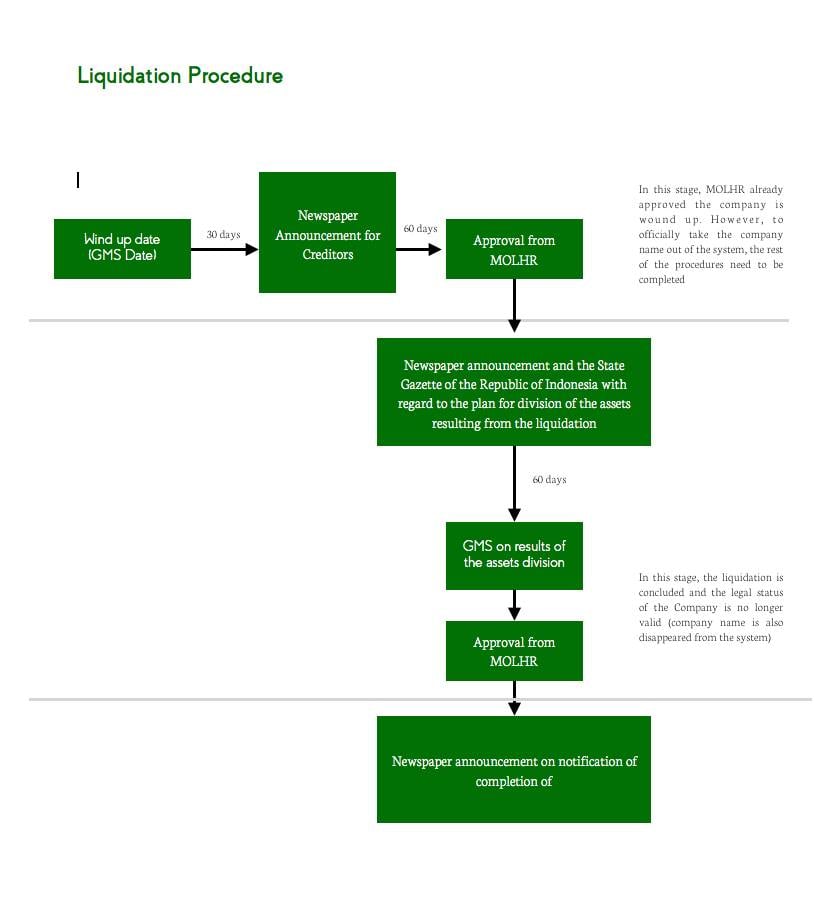 Essential to notice: closure of the tax card

When your company gets the first approval from the MoLHR, you also need to proceed to the closure of the tax card at the local tax authority.

The tax card is closed only by verification and tax audit. It will be carried out on the company’s tax liabilities, revision, and other matters as deemed necessary.

The audit process itself can even go up to one year. However, it can also take only 6 months, depending on how well you have complied with your accounting and tax reporting.

Emerhub can assist you in managing the closure of the tax card as well as the tax audit completely.

Importance of a liquidator in Indonesia

In addition to conducting tax audits, Emerhub can also act as your liquidator and take on the liquidator’s responsibilities during the liquidation process:

Final thoughts on dissolving a company in Indonesia

We at Emerhub understand that is not easy to reach the decision to close your company. Not to mention the obligation to deal with the rather complex and long process of dissolving a company in Indonesia.

Company liquidation in Indonesia including the closure of the tax card can take 6 months. Company registration, however, roughly takes 6 weeks. For this reason, it is important to think your business activities through and avoid common mistakes already prior to setting up a company here.

Book a consultation or ask for more information via [email protected] (Jakarta office) or contact our Bali office at [email protected]. We will be glad to make doing business in Indonesia easier for you.