Home » Blog » Pakistan » Top 10 Reasons Why to Invest in Pakistan

Top 10 Reasons Why to Invest in Pakistan 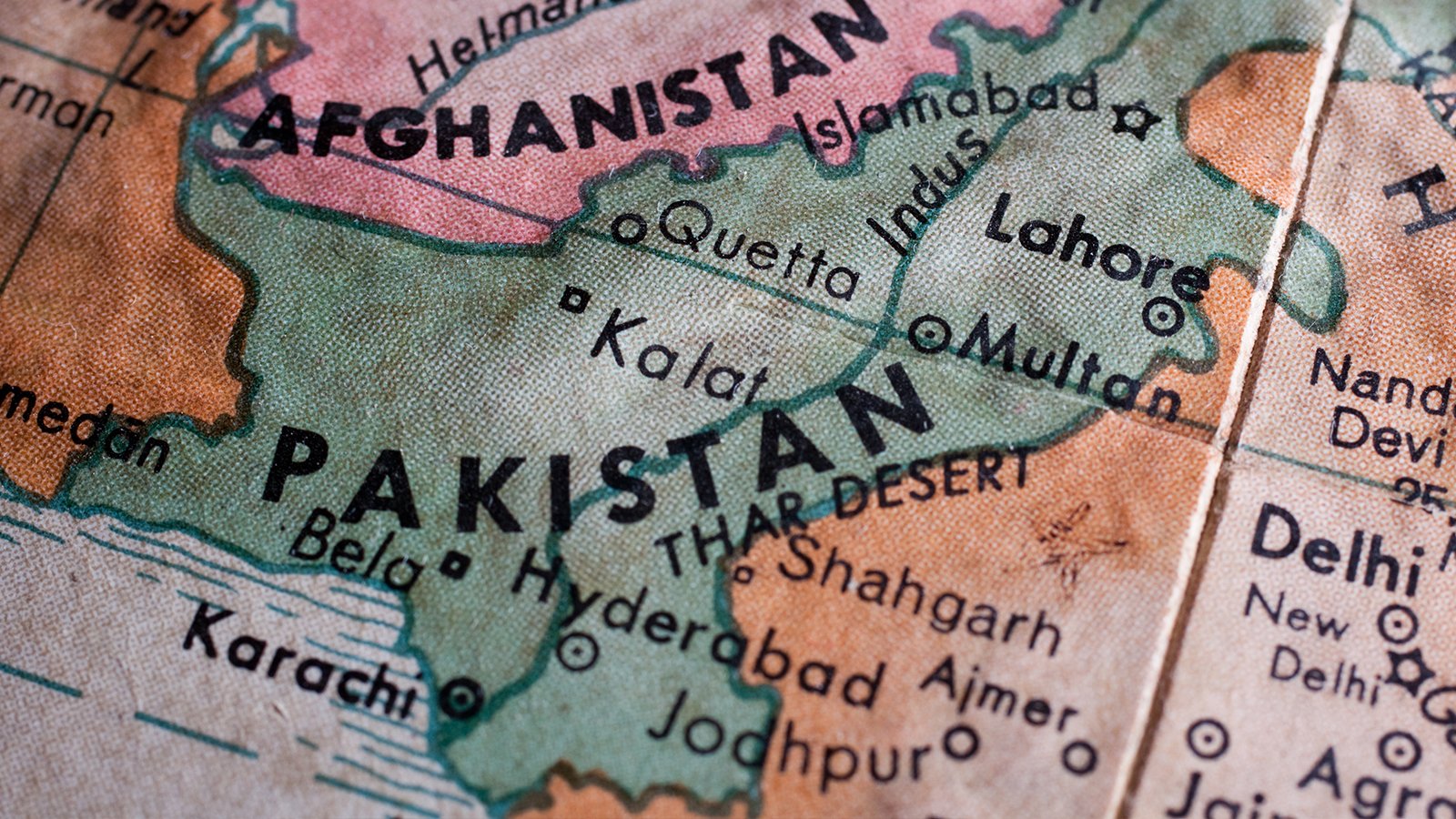 Pakistan, located in South Asia, is the second biggest market in the region. Above all, low competition and a rapidly growing economy are only some of the benefits to attract interest in foreign investors. However, despite its size, it’s still relatively unknown among foreign companies and investors. In this article, we present you the top 10 reasons why you should invest in Pakistan.

Pakistan, with a total area of nearly 800,000 square kilometers, is the 36th largest country in the world.

Its neighboring countries include Iran, India, China, and Afghanistan. Consequently, this makes Pakistan a good location for businesses in sectors such as agriculture and trade. Its location near China and India allows Pakistan to be a key player in regional development.

Its access to sea routes is also important for the trading industry. Also, Pakistan has Karachi Port which is situated on the verge of the Arabian Sea and the Indian Ocean. 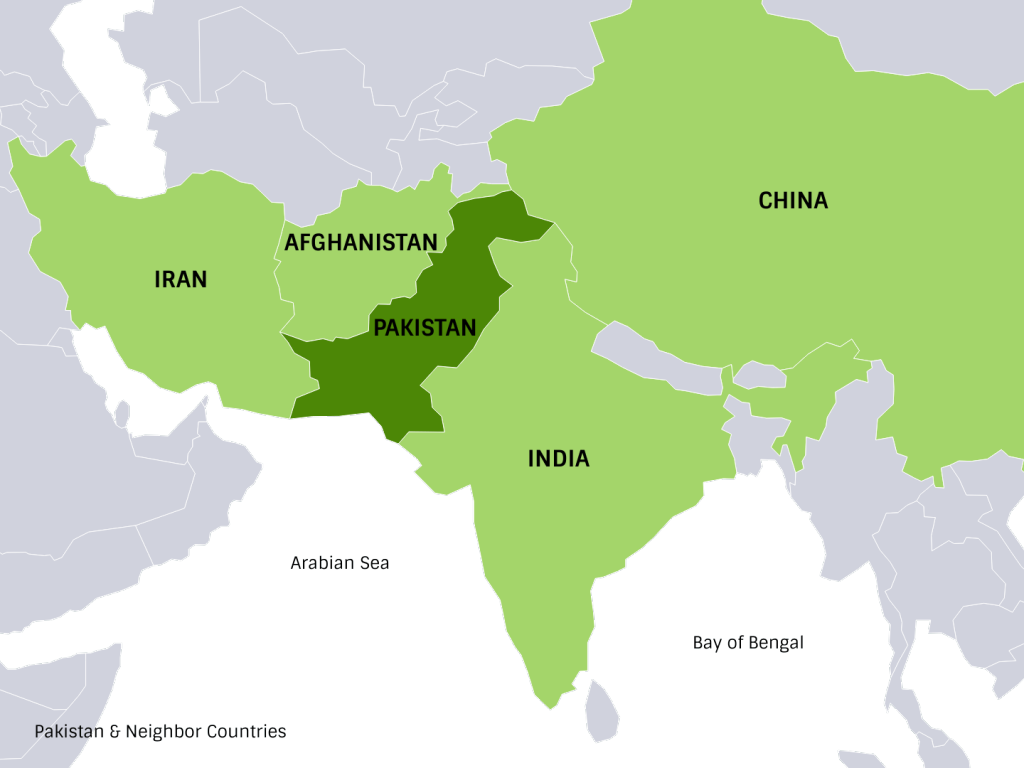 Pakistan’s economy has seen a notable GDP growth. As a result, in 2017, the GDP of Pakistan increased by 5.28%, making it one of the fastest growing emerging markets in the world. Their major industries contributing to this growth are textiles, garments, agriculture and construction materials. 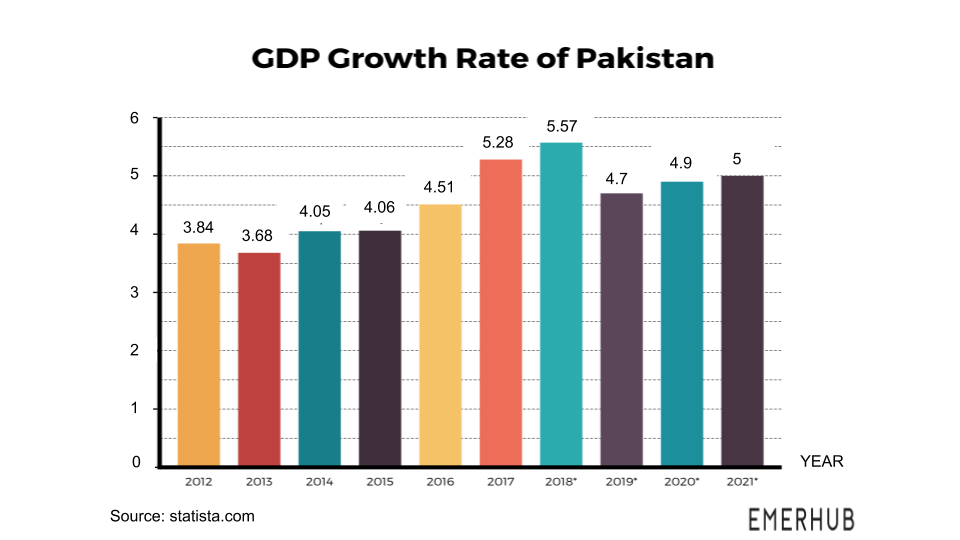 Moreover, Pakistan is also part of the Next- Eleven (N-11) countries in the world. According to Goldman Sachs Inc., these countries have the potential to become world’s largest economies of the 21st century.

Pakistan has a population of over 200 million people. It is the 6th most populous country in the world.

Furthermore, Pakistan’s population is rapidly growing and is predicted to reach 300 million by 2050. Imagine the possibilities Pakistan’s economy unlocks in the future for business and employment opportunities. 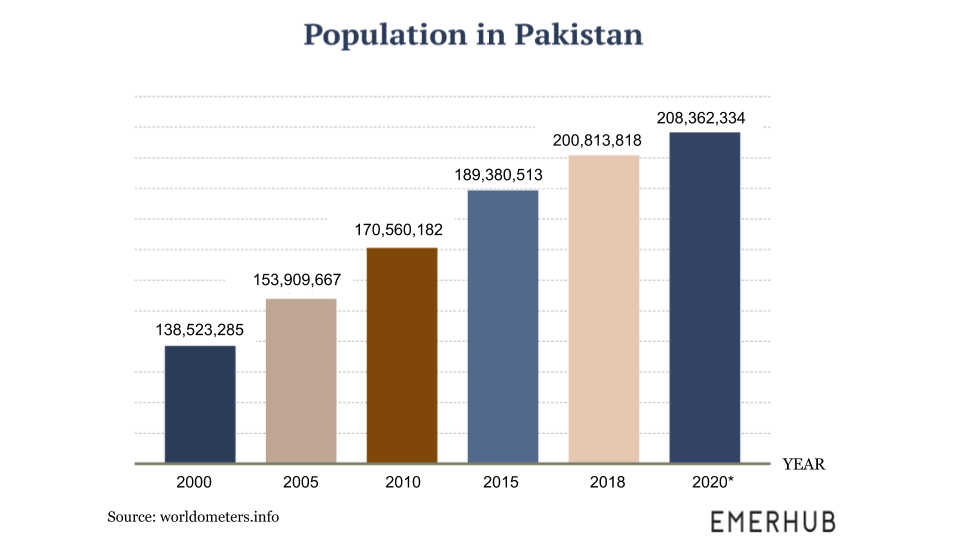 The minimum wage for the unskilled workers in Pakistan is currently around Rs. 15,000 ($125) per month. These workers are those who lack technical training and expertise. Examples are maids, fast food or grocery workers, and janitors.

High skilled workers, on the other hand, have the average monthly wage of Rs. 41,100( $339). These workers have specialized training and a skill- set to perform their duties. For example, technicians, electricians, specialists, etc.

Compared to other neighboring countries, such as India and China, the wages in Pakistan remain relatively low.

As seen from the table, the minimum wage in China is even higher than the average wage a skilled worker earns in Pakistan.

The median age of the population is 22.7 which makes Pakistan’s workforce very young and the country to gain from demographic dividends for the next decades. 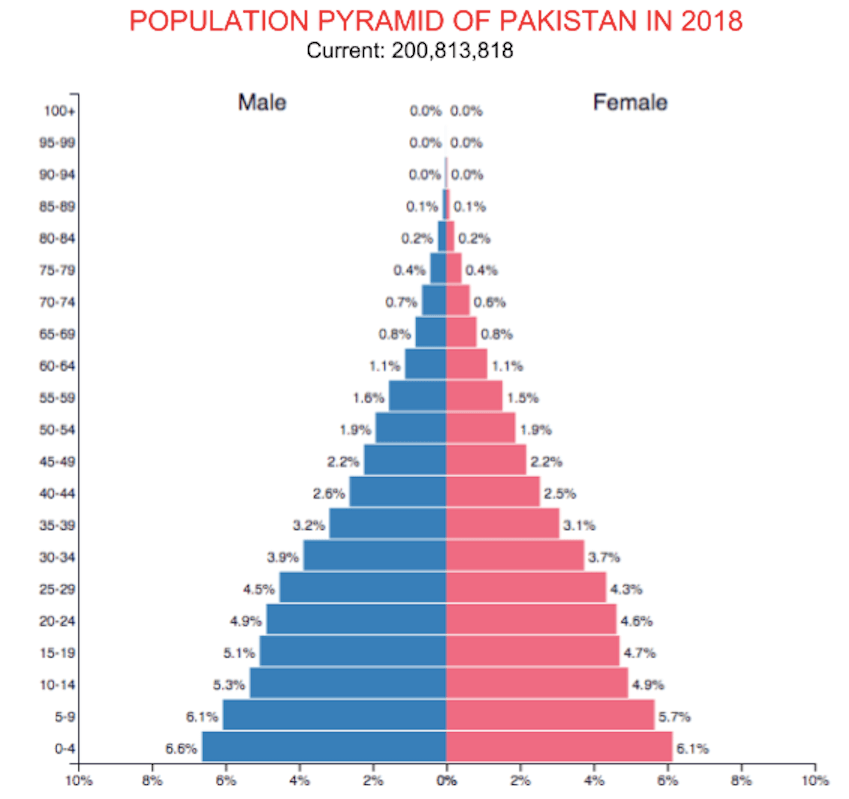 In case you need technical talents, you can hire graduates of the said universities and set up your business in one of those locations.

On top of that, its middle class is expected to even surpass Italy and UK’s in a forecast period between 2016-2021. 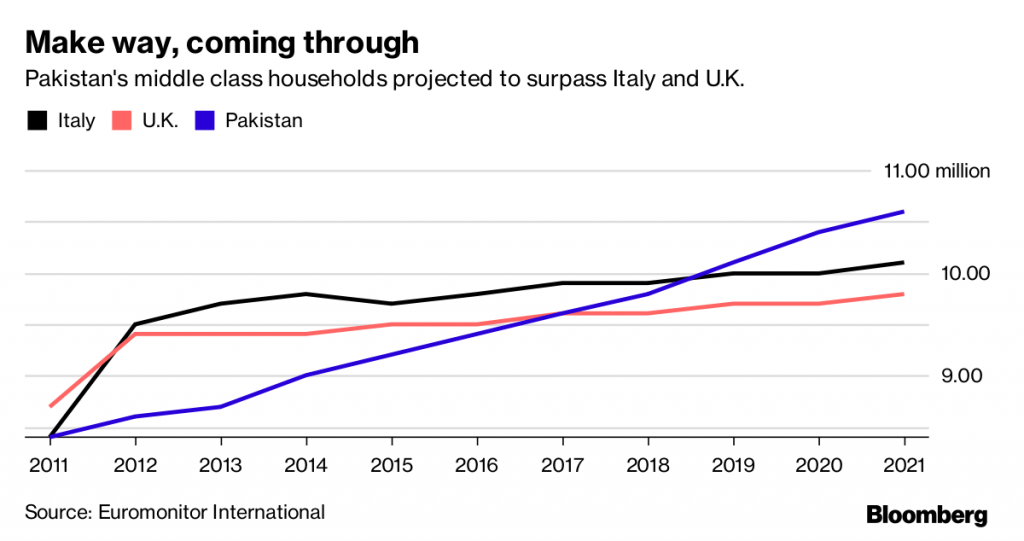 Additionally, Pakistan has become one of the world’s fastest growing retail markets. In fact, its retail stores are expected to grow up to 50% according to Euromonitor. One reason which attracts shoppers in spending is a better security environment. 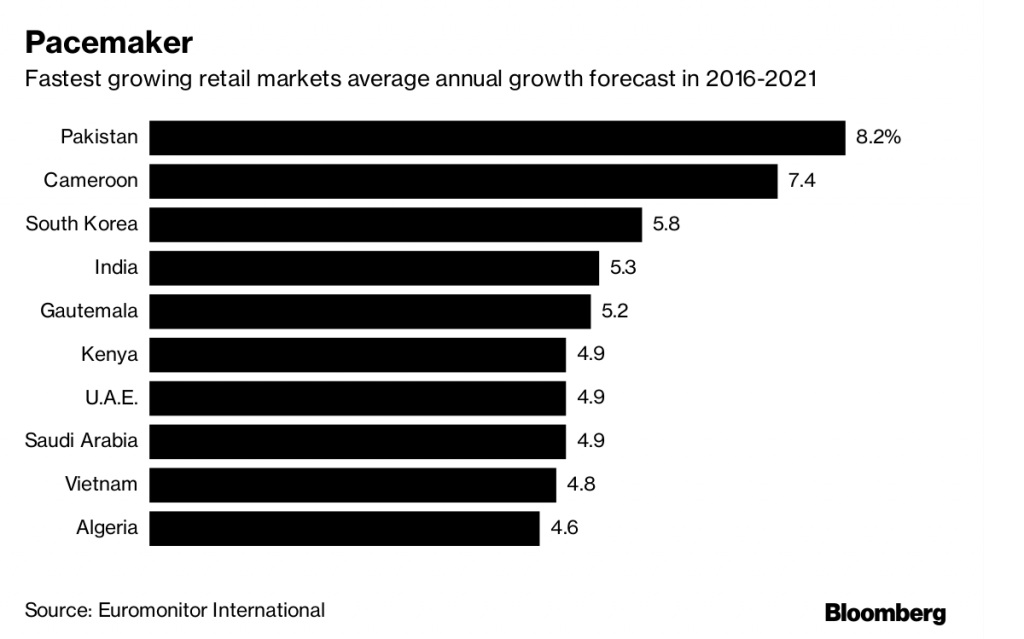 Even more, the government recognizes the importance of improving and expanding infrastructure services in Pakistan. This sustains both economic and social development.

To create better conditions for businesses in Pakistan, the government is actively focusing on eliminating gaps in infrastructure. For example, by encouraging the Public Private Partnership (PPP) which involves the maintenance and financing of different infrastructure sectors such as Mass Urban Public Transport, Transport and Logistics, Industrial, and Social Projects.

Pakistan is also a part of the China-Pakistan Economic Corridor (CPEC) which consists of various infrastructure projects, aiming to improve connectivity within the region.

Unlike many other similar markets, Pakistan is very encouraging towards foreign direct investment (FDI). To attract more FDI, the government has made it easier to start a business here and also offers several investment incentives to foreign investors.

Likewise, the government’s efforts are starting to bear fruit as foreign direct investments are slowly booming. Moreover, FDI in Pakistan is expected to grow by 17.2%  between 2018-2020. 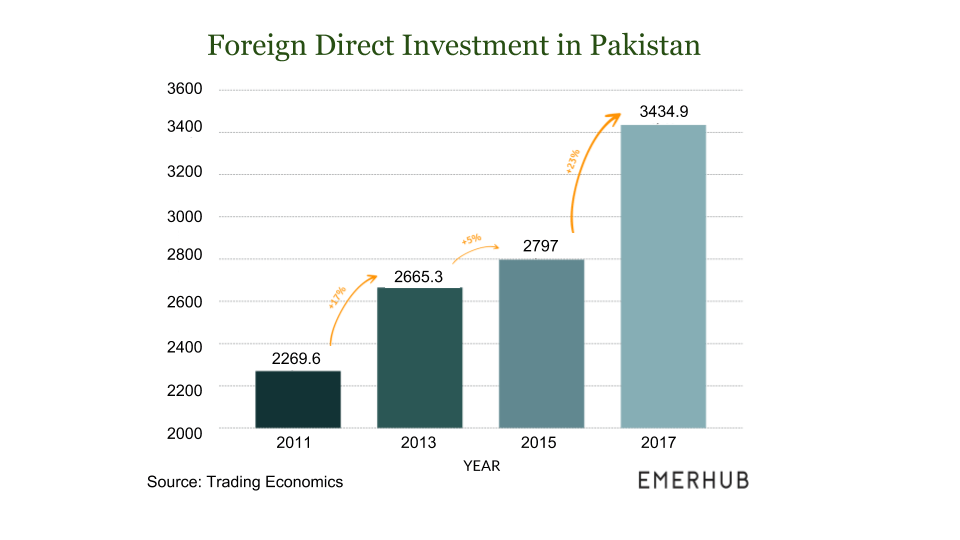 Pakistan offers various grants and incentives to foreign investors. These incentives include, for example:

Consequently, there are also specific laws to safeguard foreign investors, including the Foreign Private Investment (Promotion and Protection) Act 1976 and the Protection of Economic Reforms Act 1992.

Pakistan offers a business-friendly environment and space for foreign direct investments since it is their way to gear up FDI. The most attractive tax concessions and exemptions are also available to foreign businesses.

There are challenges like political instability or poor quality of infrastructure which have also kept the competition in Pakistan low.

However, Pakistan has a unique combination of a huge and rapidly growing population and economy and government’s active involvement in lowering entry barriers to foreign investors.

This does not mean that building a successful company in Pakistan is easy, far from that. Now may just be the golden opportunity to get here before your competitors do.

These were the 10 main reasons why you should consider investing in Pakistan. Just like in any other market, there can always be risks when investing in an emerging market.

The risks, however, can be minimized. Even more, you must have well- planned and detailed actions. For instance, as the first step, make sure that you choose the best market entry strategy when entering Pakistan as it is one of the top contributors to your company’s future success.

If you need further consultation, do not hesitate to contact us by filling out our form first. Certainly, our consultants will always be glad to assist you.

How can we support your company in Pakistan?

Let's grow your business in Pakistan

The impact of Pakistan’s floods on its people, regions, and connectivity with the world

This year’s monsoon rainfall in Pakistan continues to be one of the worst climate disasters the country has faced in the last few decades. Millions of people including children are in an urgent need of humanitarian assistance. Out of all areas, Balochistan and Sindh are the most affected provinces.

How Much Does It Cost to Hire Software Developers in Pakistan?

Pakistan might be not the first country you think of when hiring software developers. Learn why it perhaps should be.

When To Use Importer of Record Service in Pakistan

How to Get a Business Visa in Pakistan?