Home » Blog » Indonesia » 10 Reasons Why to Invest in Indonesia

10 Reasons Why to Invest in Indonesia There are many reasons why to invest in Indonesia. The world’s largest archipelago is known for its incredible natural resources, tremendous economic potential and for being one of the leading ASEAN markets. In this article we have put together a list of reasons why you should look into investing in Indonesia.

#1 Doing business is getting easier every year

Indonesia has followed through significant efforts to make it worthy of jumping 15 places upward from last year in the ranking list by World Bank. 2017 statistics for Ease of Doing Business allow Indonesia to stand on the 91st position.

Compared to the 128th position in 2013, the last couple of years give more reason why to invest in Indonesia as the ranking has improved remarkably: 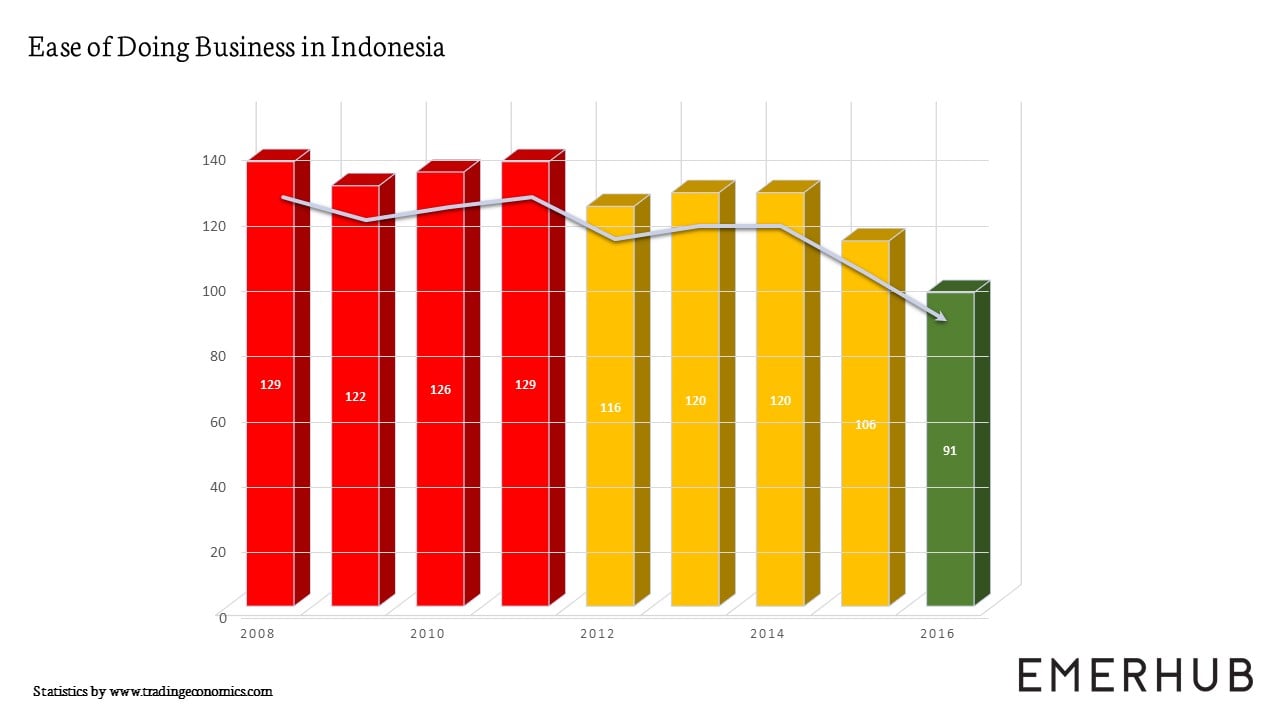 #2 More business classifications are opening up to foreign investments

The regulation was revised in 2016 and opened up many industries. Here are some of the examples:

#3 Foreigners can now have land in Indonesia

Starting from early 2015, foreigners also have the right to own land in Indonesia. Government Regulation No. 103/2015 on House Ownership of Foreigners Residing in Indonesia signed by the Indonesian President Joko Widodo comes as a great support to foreigners.

In Indonesia, a foreigner can now obtain land for three different purposes with the following certificates:

The main benefit comes with Hak Pakai, which allows a foreigner to buy either a landed house or an apartment in Indonesia. We have recently written an article about land acquisition, make sure to read about the specific terms and validity of the land certificates here.

An investor can apply to Hak Pakai when:

We have also covered the process of KITAS and work permit regulations more thoroughly in one of our previous articles.

An expired Hak Pakai property (or one that is sold to a new owner) will regain the Hak Milik, freehold ownership status.

#4 Decreasing amount of corruption and bureaucracy

Corruption has been causing trouble in Indonesia. However this is a topic that is actively being dealt with. In addition to Corruption Eradication Commission (KPK) enforcing regulations to track corruption, several steps have been taken to have a cleaner economy in Indonesia:

According to the Corruption Perceptions Index, Indonesia is one of the few countries showing a steady improvement. Based on Transparency International, the corruption index in Indonesia in 2016 was marked 3.7, the highest it has been for years: 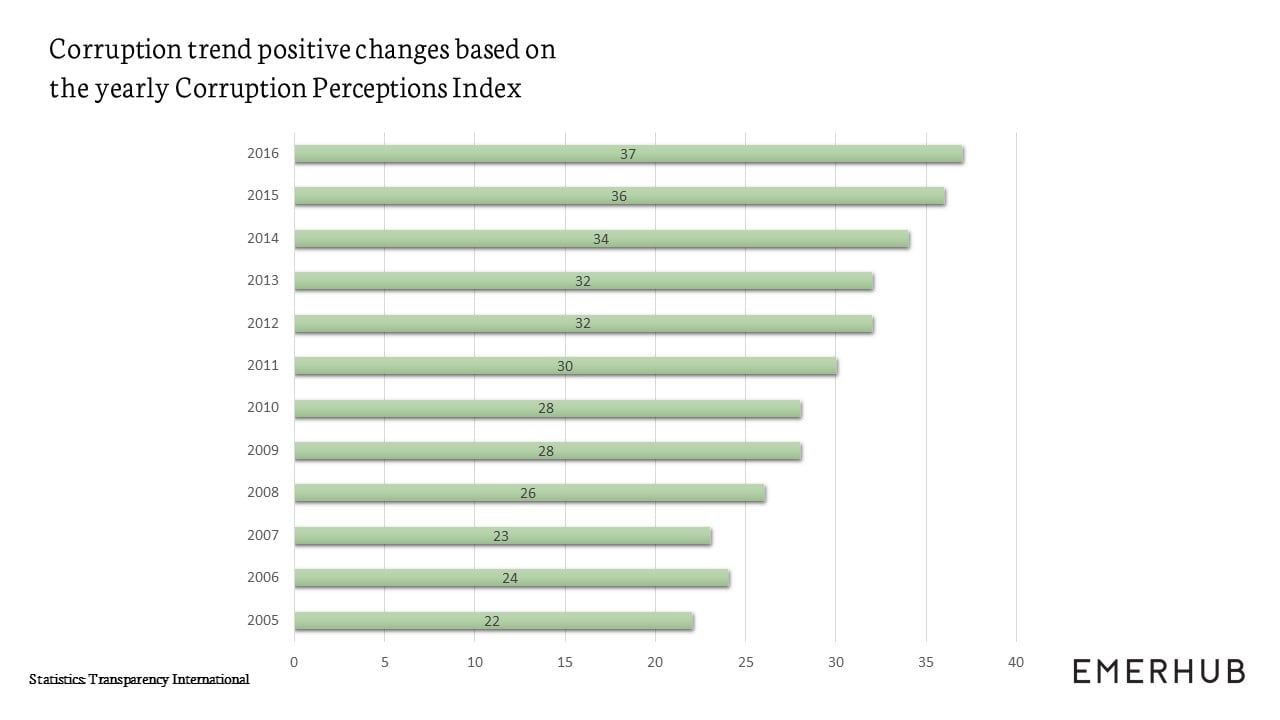 The middle class in Indonesia is growing fast making it a valuable target group for investors.

According to McKinsey, around 90 million Indonesians will join the consumer class by 2030. Consumer class in this case being people with with an annual net income of $US 3.600 or above in terms of purchasing-power parity. That will mean an additional $1 trillion in annual spending by the nation’s optimistic and increasingly sophisticated consumers. 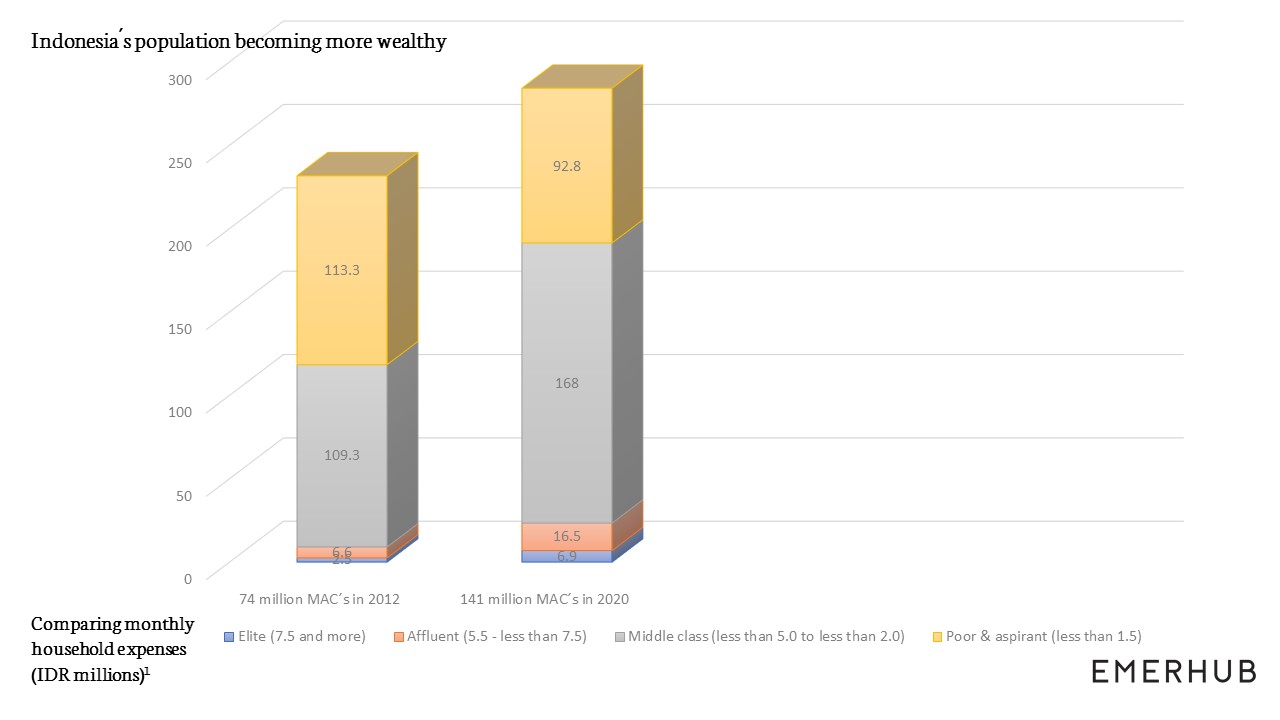 Indonesia is already the 4th largest population in the world and it’s growing rapidly. Based on Worldometers statistics Indonesian population increases every year by roughly 3 million people. By 2020 Indonesia is expected to have a population of  272 million.

In addition to that, the population is not just big but the demographics are also highly favorable for a long term economic growth. 50% of Indonesians are under 2 years old giving Indonesia excellent demographic dividends in the future.

#7 Urbanisation – people are moving to cities

Indonesians are quickly becoming an urban nation. This means that more people are entering consumer class and looking to consume products and services. It’s also both a  massive challenge and an opportunity for infrastructure and real estate projects to accommodate the rapidly growing cities.

The trend is not limited to Jakarta. Cities in other parts of Indonesia are also growing and according to UNFPA majority of the provinces will have over 50% urbanisation rates.

Make sure to explore other cities and islands because the best opportunity for your business might be in a city you haven’t even heard of.

Indonesia´s GDP rate has been showing a healthy increasing trend over the last years:

Indonesia has by far the biggest population in Southeast Asia. It’s also a regional economic powerhouse – it has the biggest total GDP and a rapidly growing GDP per capita that is ahead of most of the frontier and emerging markets in the region. 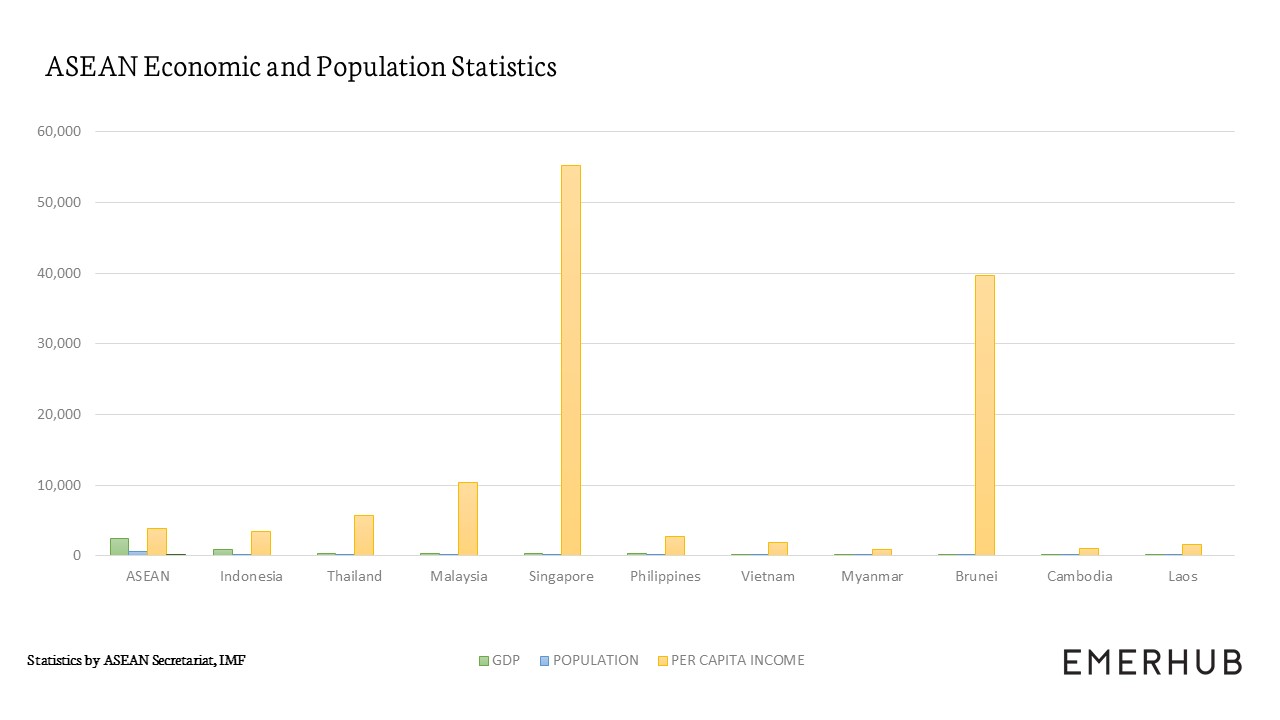 #10 Low competition: entry barriers to Indonesia are a competitive advantage

Entering Indonesia is not as easy as in many of the more developed markets. In fact you could say that despite its recent reforms it is still a very complicated market to enter.

However, the entry barriers should not seen as a limitation but rather as an opportunity. It will keep the competition relatively low and the ones willing to face the complexities of will be rewarded for it. Just make sure you take your time to understand the market. Just like 16th century Spanish writer Miguel de Cervantes said – preparation is half the victory.

Although the proper set up may seem a significant investment, the total cost of  fulfilling the requirements and acquiring proper licenses since the beginning is in practice smaller compared to the amendments that must be done later.

In case you consider why to invest in Indonesia and need further advice, get in touch with Emerhub consultants via the form below or here.