A feel for the market is extremely important – Graham Hills

Table of contents Wego comes to IndonesiaPersonal storyEvolution of the market and WegoExperience talking You have likely booked flights and hotels online. Now it’s time to meet one of the people who makes this convenient service happen in Indonesia – Graham Hills. He is the managing director of an online travel giant called Wego in […]

You have likely booked flights and hotels online. Now it’s time to meet one of the people who makes this convenient service happen in Indonesia – Graham Hills. He is the managing director of an online travel giant called Wego in Indonesia.

We met up with Graham to get a perspective of an online business in Indonesia. Spoiler alert – business is good. But why?

How did Wego enter Indonesia?

Headquartered in Singapore, Wego was established in 2005 and has been in Indonesia since 2011. Three years ago Wego got funding from a hedge fund based in the US. Part of the funding was to increase our marketing but also to expand our offices into Jakarta and India.

I personally joined the company in 2011 in order to set the company up locally. This meant getting the company incorporated, start recruiting people and so on. Our focus was on growing local partnerships like online travel agencies, hotel chains, and airlines.

Was it hard to find local partners?

I wouldn’t say it was extremely difficult. It took time to build a relationship with them but Wego was already reasonably well known in Indonesia due to our relationships with brands like Yahoo, for example. So it was more about relationship building and working out how we could support some of the local businesses to grow their flight or hotel bookings.

If you would enter Indonesia now, what would you do differently?

Obviously, the incorporation process takes quite a lot of time and there’s a lot of paperwork and procedures. I think if I could wind back the clock, one of the first things I would do would be to hire a local admin person. Someone who knows the processes and has gone through them before.

Something that I would perhaps do a bit earlier is bring in the senior management of the company to Indonesia to experience the market for themselves. That’s where people learn and understand what the market is really like.

What was your first impression of Indonesia?

I first came here in 1993 after studying Indonesian in high school in Australia. I came here on a school trip for two weeks. My first impression of Indonesia was of Jakarta and it was ’wow, this is such a big city’!

I am originally from Perth in Western Australia and we have a population of about a million people. Coming to a city with tens of millions of people was a huge change and it seemed that Jakarta was always on the go. It is always busy and noisy so I was really struck with the size.

What made you move here, then?

Well, I studied the language in school and had the trip here.  I then took part in a high-school exchange program here for six weeks after that.

When I went to university, I continued my Indonesian studies in Australia and then came to study in Yogyakarta for six months. So I’ve always had a strong connection to Indonesia and it was always a long-time ambition of mine to use the language in a business context.

When I learned of the opportunity to join the Wego team in setting up their business here, I realized that this is what I wanted to do. After joining them, I moved here permanently.

Evolution of the market and Wego

What was most unexpected about Indonesia?

The scale of the market! You kind of know that it’s a big place and that there are millions of people but you don’t really realize how big it really is. Not until you start running a business here – especially an internet business. The market felt a lot bigger then what I expected and so was growth – the number of users that started to use Wego was a lot bigger then what I thought it would be in the earlier days.

How has the market evolved over the years?

If I look specifically at our industry – the online travel industry – going online and just using the internet in general is no longer just for the wealthy Indonesians. It’s become very mainstream and almost a necessity. Whether that’s at home or on their mobiles so, really, the adoption of the internet has been a big leap in evolution here.

Where do you see Wego in the next five years?

The growth over the next five years will be huge. Not only will be there be more people going online but they will also have more purchasing power and they will be able to afford to travel maybe twice or three times a year instead of once per year.

What are the biggest challenges for your company?

I guess there are two main challenges at the moment.

The first challenge is finding people that have worked in an online travel environment before. Obviously, we need to invest time and resources into training people and educating them about the industry. We are also in competition with other companies in the same field and have to work hard to retain staff. This means creating a great working environment where people enjoy coming into work each day and providing them with training so that they are learning. Also, we try to reward people who do hard work.

The other challenge is the adoption of doing transactions online. It’s still something that is holding this industry back. 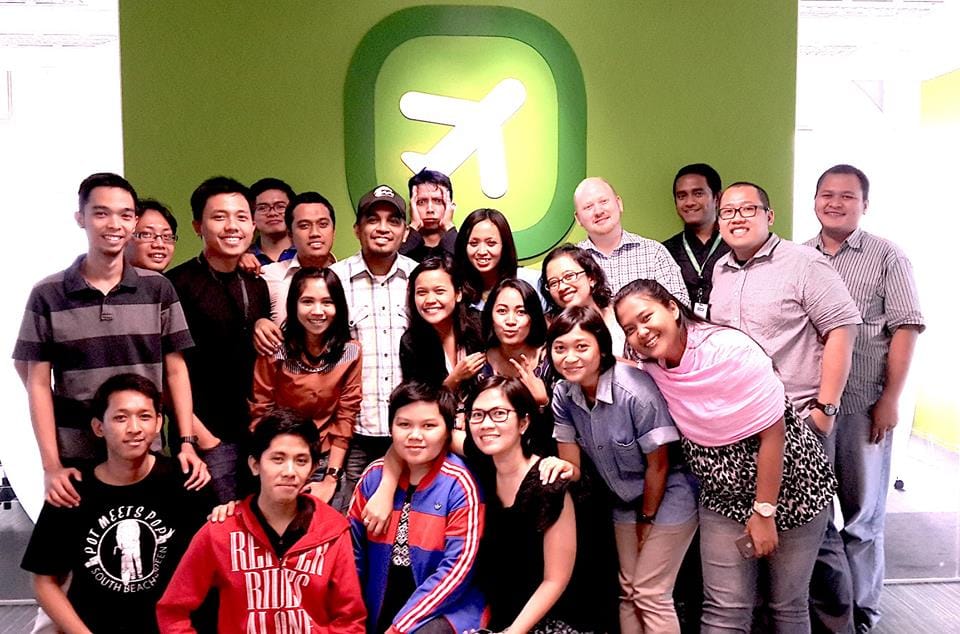 What would you tell foreign investors to look out for when investing in Indonesia?

I think the first thing is to learn to be patient. In Indonesia things don’t always happen as quickly as they do in other countries. Things like incorporating a company can take months here.

Another key point is not to try to understand Indonesia from the outside – by reading about it. You really need to come here and spend some time. Not necessarily just in Jakarta. The Indonesian market is so much bigger than the capital and does not reflect the country as a whole.

‘A feel for the market is extremely important.’

Perception that seems to prevail is that Indonesia is an extremely cheap country and that is – in so many ways – not true. Internet access for a company, for example, is a lot pricier here than in Singapore. It’s little things like that which people often underestimate.

If you had a spare million dollars to put into Indonesia right now, where would you put it?

(Laughs) I would love to have a spare million dollars.

For me personally I still think that the e-commerce or the online travel industry is a place to invest money because my background is in this and this is something I know more about. It’s still very early days and there are yet to develop clear winners in any particular internet related commerce category.

But if you would have to choose any other industry besides your own – what would you choose?

Well, a lot of people that know me would be very surprised if I said banking…

The reason I would say that, is when you look specifically at Indonesia, there is so much room for improvement here. When you can improve a service that is so widely adopted there’s definitely a lot of money to be made. That is if you can make the banking industry work more smoothly.

But this theoretical choice has more to do with how far I feel Indonesia is behind other countries when it comes to banking. I would not choose banking in any other country! (laughs)