Home » Blog » Pakistan » The impact of Pakistan’s floods on its people, regions, and connectivity with the world

The impact of Pakistan’s floods on its people, regions, and connectivity with the world

This year's monsoon rainfall in Pakistan continues to be one of the worst climate disasters the country has faced in the last few decades. Millions of people including children are in an urgent need of humanitarian assistance. Out of all areas, Balochistan and Sindh are the most affected provinces. 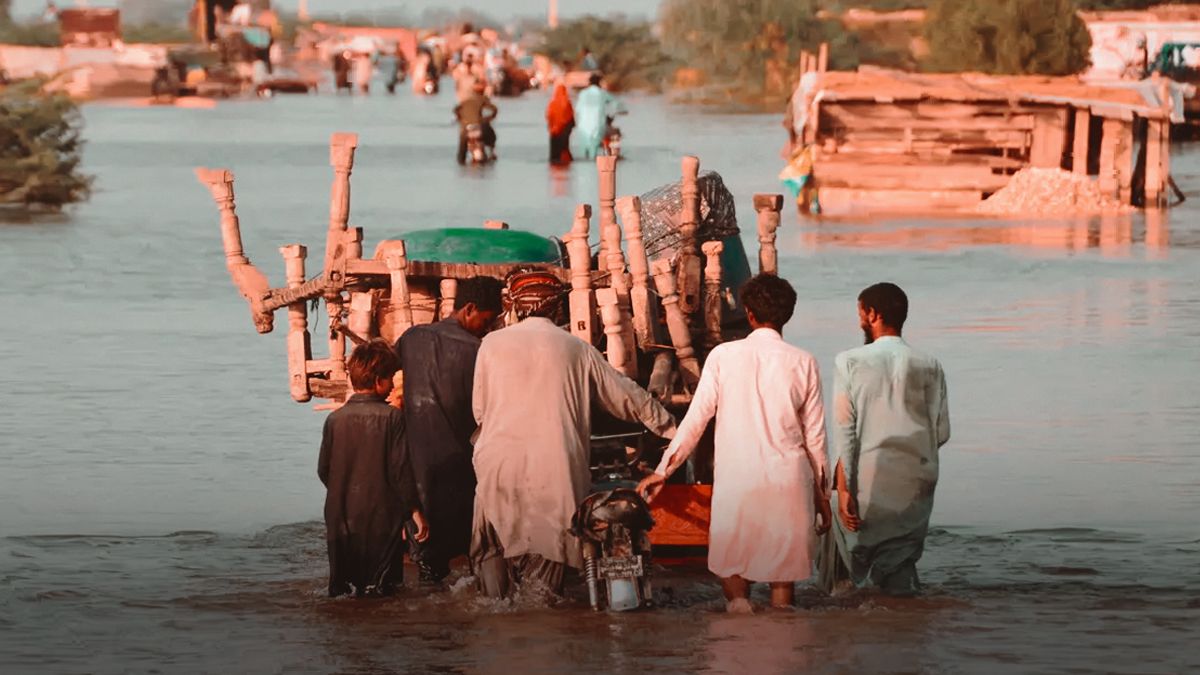 Pakistan is moving forward to prevent further loss of life as it has been facing one of its worst climate disasters in the last few decades. The flood washed away villages and left more than 6 million people, including 3 million children, in need of humanitarian assistance. More than 1,000 people have been killed. Homes, public health facilities, water systems, and schools have been destroyed or damaged.

Sixty-six districts have been officially declared to be ‘calamity hit’ by the Government of Pakistan – 31 in Balochistan, 23 in Sindh, nine in Khyber Pakhtunkhwa (KP), and three in Punjab.

Internet outages have also been reported, with the Pakistan Telecommunications Authority attributing widespread internet cuts in central and northern Pakistan on 19 August to technical faults in the fiberoptic network resulting from the heavy rains and floods. However, Lahore and Islamabad are still accessible and out of danger.

Between early June and August 2022, Balochistan and Sindh received rainfall that was 410 percent and 466 percent above average, respectively. Towns have been devastated and lives have been upended by the subsequent floods.

The Government of Pakistan initiated a response and called for help from the international community as floods have destroyed many areas in the nation. This past Monday, Pakistan Tehreek-e-Insaf (PTI) chairman and former prime minister Imran Khan hosted an international telethon to collect funds from the nation and abroad for flood victims. The former prime minister raised more than $5 billion in donations within three hours of his flood television event. The European Union is also providing EUR 350,000 (nearly PKR 76 million) of essential humanitarian aid to families afflicted by massive flooding that has caused havoc in several regions of Pakistan.

As of 25 August, Pakistan has experienced 375.4 mm of rainfall – 2.87 times higher than the national 30-year average of 130.8 mm. These rains have primarily fallen on Balochistan, Sindh and parts of Punjab, with Balochistan receiving five times its average 30-year rainfall and Sindh receiving 5.7 times its 30-year average.

How can we support your company in Pakistan?

Let's grow your business in Pakistan

How Much Does It Cost to Hire Software Developers in Pakistan?

Pakistan might be not the first country you think of when hiring software developers. Learn why it perhaps should be.

When To Use Importer of Record Service in Pakistan

How to Get a Business Visa in Pakistan?

How to Set Up an Import Company in Pakistan