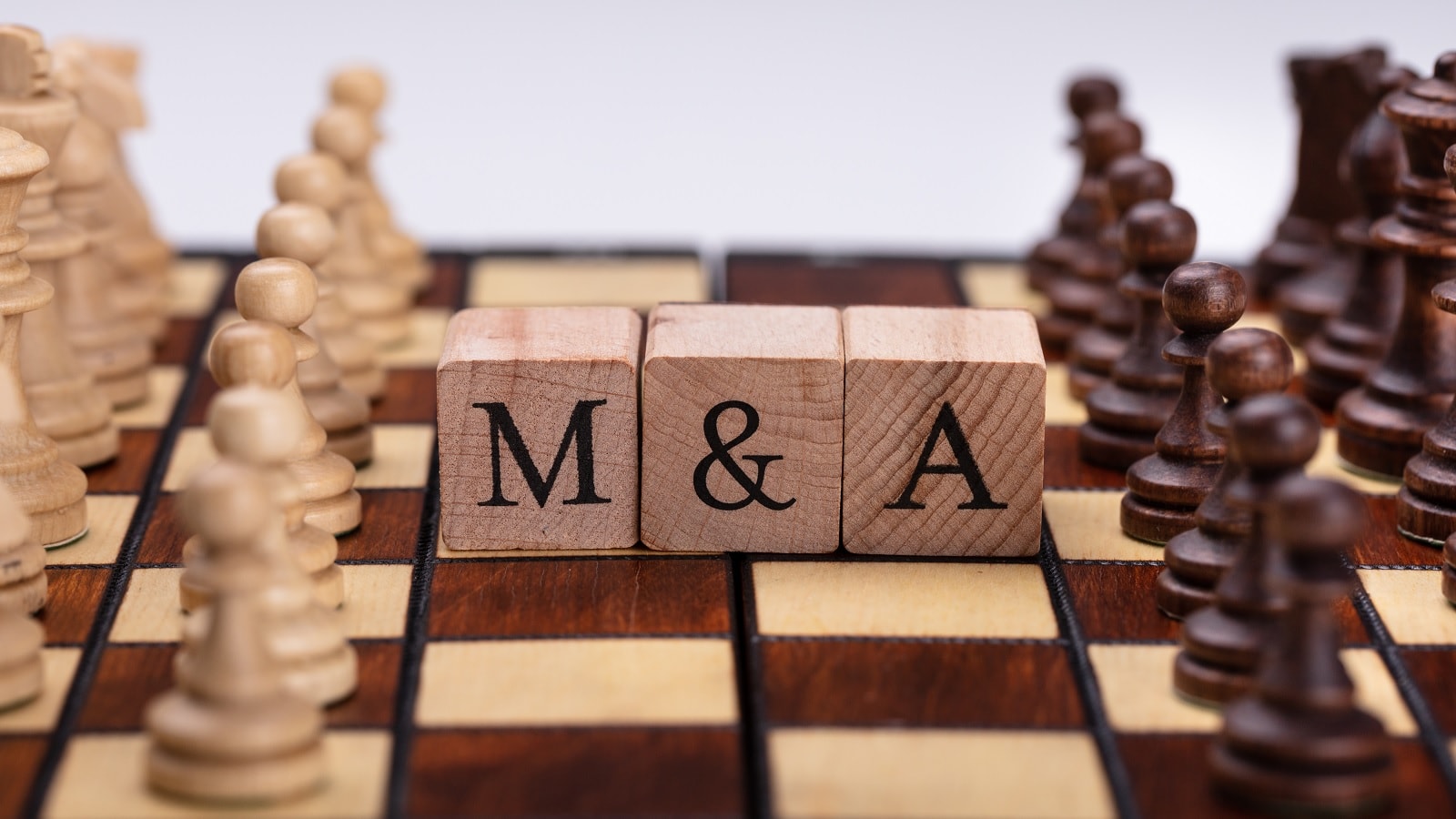 Merger and acquisition (M&A) transactions are gathering pace in Vietnam. In 2017, M&A deals in Vietnam reached a record of US$ 10.2 billion, and foreign investors accounted for more than 90% of all the transactions.

In this article, you will see an overview of Vietnam’s current M&A market and the most significant deals in 2018 as well as learn what to keep in mind when planning an M&A deal yourself.

A population of close to 100 million people and the nation’s increasing affluence, combined with the rising demand for consumer goods, are the main contributors to the success of Vietnam’s M&A field.

Investors from Japan, South Korea, Singapore, and Thailand are the leaders of Vietnam’s M&A market, with the first three also being the top sources of foreign investment in Vietnam.

Source: Ministry of Planning and Investment

One of the most significant M&A transactions in Vietnam in 2017 was when Thai Beverage PCL, Thailand’s largest beverage company, purchased 54% of the stakes of Vietnam’s largest brewer Sabeco (Saigon Alcohol Beer and Beverages Corporation).

ThaiBev bought the majority shares of Sabeco, which was then under the authority of Vietnam’s Ministry of Trade and Industry, for US$4.8 billion.

Below are some of the most outstanding M&A deals in Vietnam in 2018.

Most popular sectors for M&A in Vietnam

In 2017, the industries that investors were most interested in were consumer goods, real estate, finance-banking, and chemicals.

In the first seven months of 2018, however, the following sectors accounted for the highest value of M&A deals in Vietnam.

If you’re considering an M&A deal in Vietnam, there are several steps you need to take beforehand to realize the deal’s full potential and to reduce the risk of unforeseen difficulties and pitfalls such as:

#1 Understand how the M&A process works in Vietnam

Before embarking on any transactions, make sure you first familiarize yourself with the M&A regulations in Vietnam. Better yet, find a trustworthy local advisor who would walk you through the process.

There are three types of mergers available in Vietnam:

When a locally-owned company merges with a foreign company, the foreign-owned company needs to fully comply with the local regulations to ensure that the company’s activities will not stop.

For instance, a foreign company may not have the necessary trading license for all the product categories like the local trading company, and thus will have to apply for a new permit before imports could begin. 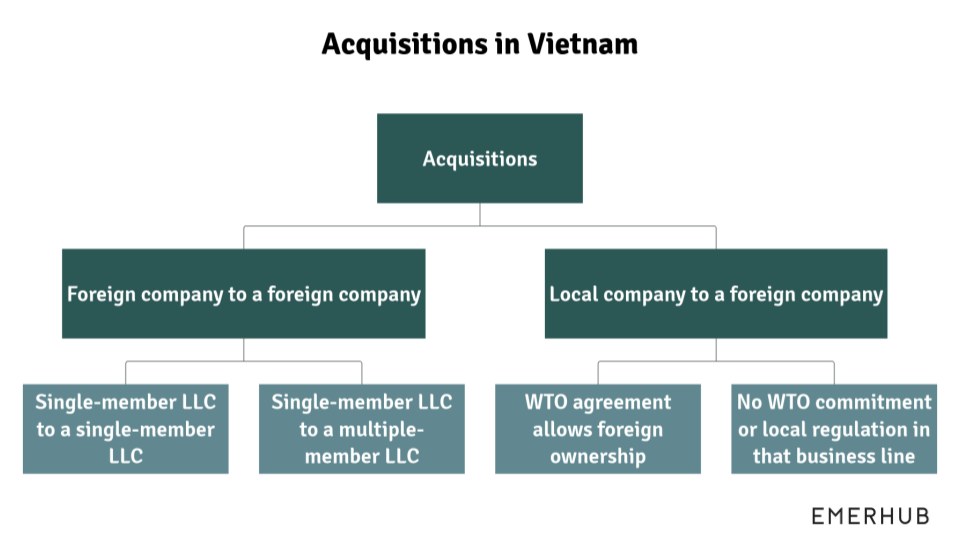 To learn more about M&A in Vietnam, read our previous article explaining the need-to-know facts about mergers and acquisitions in Vietnam.

Investors who are interested in Vietnam have further reason to rejoice because, with the government’s plans to sell shares in state firms, they will now be able to invest in many major companies.

This decision opened several opportunities for foreign investors to enter the Vietnamese market in major industries, including:

Below are some examples of state-invested enterprises to be divested in the following years.

To learn more about investment opportunities in Vietnam, reach out to our consultants via [email protected].

An indispensable step of transacting with any new business partners, especially in emerging markets, is to conduct comprehensive due diligence and market research to find out more about the company with whom you are going to deal in and the market you are going to enter.

The more pre-transaction intel you gather, the better you assess risks that could endanger your future business.

Engage a professional to look for all the necessary information such as:

Emerhub’s company registry in Vietnam retrieves data from the respective government institutions and gives you all the necessary information in one single report.

Visit our company registry to download a sample report to see the type of information you’ll receive:

#4 Consider setting up a newly-licensed company

Besides the M&A mode of market entry, you should also consider whether it would be a better option to invest in Vietnam by setting up a new company instead.

The most common types of entities available to foreign investors include a Limited Liability Company (LLC) and a Joint-Stock Company (JSC).

The incorporation process is generally the same for LLCs and JSCs and takes approximately one to three months.

If you’re unable to decide whether to set up a new legal entity or embark on an M&A deal, read our thorough guide to company registration in Vietnam to map out the pros and cons of each.

Planning an M&A deal in Vietnam?

With Vietnam being one of the fastest-growing markets in the world, it’s an exciting era for foreign investors, be it for setting up a new company or choosing to enter the market via the M&A route.

Emerhub can be your partner in entering Vietnam and fine-tune your market entry strategy to help you stay ahead of the competition. Contact our consultants via the form below to get started.

Setting up a trading company in Vietnam

Learn about the process, licenses, and other factors to consider while setting up a trading company in Vietnam.

Setting up a manufacturing company in Vietnam – A comprehensive guide

Learn about the process, licenses, and other factors to consider while setting up a manufacturing company in Vietnam.

What companies need to know about payroll calculation in Vietnam

Companies operating in Vietnam need to be aware of the country’s specific payroll regulations and requirements. This blog covers the most important elements for payroll calculation in Vietnam.

This guide provides a thorough overview of the steps that foreign investors need to take in order to successfully open a restaurant in Vietnam.

A comprehensive guide to the main types of visas and permits in Vietnam, foreigners can apply and the application process.

Calculating corporate taxes for a foreign branch office in Vietnam