Kristen Gray Deported: What This Means for Digital Nomads in Bali

Digital nomads everywhere are wondering what implications Kristen Gray's actions will have on future plans to live and work in Bali, Indonesia. 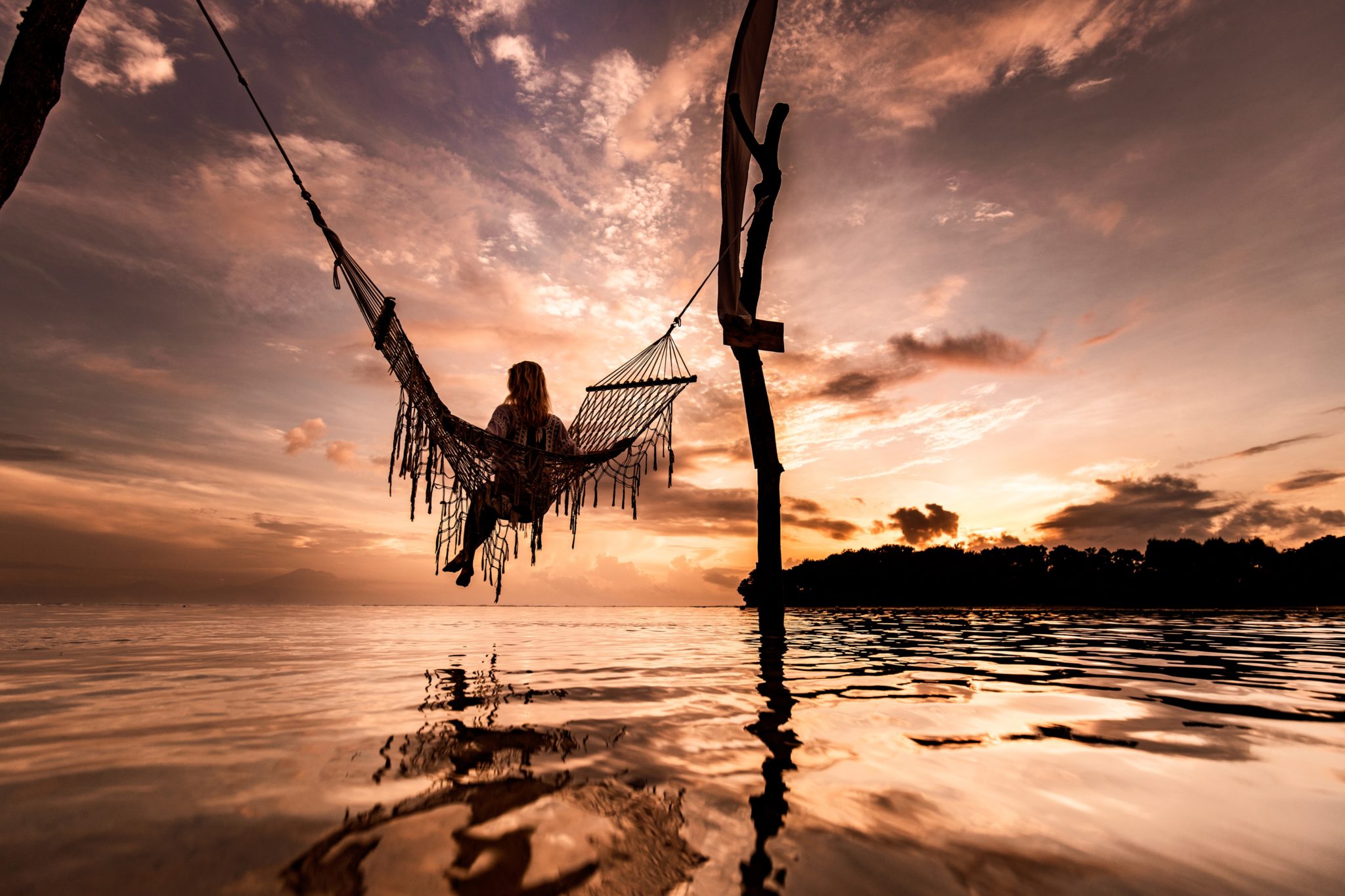 Travel influencer and digital nomad, Kristen Gray’s recent Twitter post on how to move to ‘queer-friendly’ Bali during the pandemic has angered thousands of locals. The viral thread is now filled with angry comments about her insensitivity towards Balinese people.

Her reaction to the viral nature of the post was to push the sale of her eBook, ‘This Bali Life Is Yours’ which worsened the situation by causing more offence to locals and breaking Indonesian law.

The politically sensitive nature of the post and the eBook continued to escalate as angry Indonesian’s Tweeted about cultural insensitivity and Kristen’s flagrant disregard for Indonesian law.

This digital nomad now awaits deportation. After her hearing which confirmed she had broken tax and immigration law, she made a statement to the press saying that she was being deported “because of LGBT.”

Digital nomads around the world are worried about what this will mean for future plans to work and live in Bali. We think it’s important that people who appreciate Bali and want to visit know why Kristen Gray is in the position she is in now and how to avoid it.

Why is Kristen Gray Being Deported?

There’s been a lot of speculation on why Kristen Gray is being deported. Did she overstay the terms of her visa? Has the pandemic made Bali a less welcoming destination for digital nomads? Or is it as she said in her public statement to the press, ‘because of LGBT.’

The fact is, she made a series of statements that caused great offence to the local people of Bali. Thousands of Balinese people, and many from all over South East Asia responded negatively to her Tweet. In spite of the backlash, she continued to profit off her $30 eBook which contained information on tax evasion and entering Bali illegally during Covid.

Eventually, Balinese Twitter folk took the matter offline and reported her illegal activities to the police.

Sensing the unrest she had caused amongst local Balinese people, the Indonesian authorities chose to deport her. The official statement from the Indonesian Government says the reason for deportation were “spreading information that could unsettle the public” and selling the opportunity to enter Bali during Covid.

Being LGBTQ in Bali

Kristen highlights in one of her Tweets that Bali is “queer-friendly.” This caused major upset amongst the Balinese LGBTQ community. Her political statement raises the issue of disparities in freedom between expats and locals.

Homosexuality is not illegal in Bali. However, local Balinese people face harsher cultural pressures than expats. Kristen was likely unaware of this and in making her statement about Bali being ‘queer-friendly’ failed to take local people and culture into consideration.

As expats, we are prone to making bold claims that are not representative of the entire country. As Socrates said, ‘the more I learn the less I realize I know.’ It’s not fair to say that there’s no discrimination based on race or sexual orientation in Indonesia. It’s an insult to the people that experience it personally.

Before visiting Bali, it’s worth doing a little research on the culture, religion and common laws. Building connections with local people can be a powerful asset when integrating into a new culture. Especially with emerging countries like Indonesia, having local friends can help you to navigate through the uncertainty safely and respectfully.

Black Lives Matter: Was Kristen Gray deported for the colour of her skin?

As the post gained more attention, advocates of Black Lives Matter from the US started to get involved accusing the Indonesian government of deporting Kristen for the colour of her skin. This is not true.

The fact is, on top of her culturally insensitive remarks about LGBT in Bali, she was also deported for tax evasion and encouraging people to travel to Bali during the pandemic.

The Indonesian government has deported foreigners of other ethnicities for breaking Indonesian law. Since the lockdown, over 66 have been deported for illegal visas alone. Since the pandemic hit, local authorities are becoming more strict with foreigners who break laws.

A recent spike in COVID-19 infections have been attributed to a disregard of local COVID restrictions. Local news channels have reported that many expats in Bali are deliberately disobeying COVID laws. Instead,  many choose to pay the fines which are affordable for foreigners and not for the majority of locals.

Government officials have since decided to crack down on expats trying to pay their way out of law breaking for everyone’s safety.

These recent news stories have forwarded the perception that expats are above Indonesian law. Kristen Gray perpetuated this by providing advice in her $30 eBook on how to avoid CoVid rules and avoid paying Indonesian taxes.

Bali may be a paradise for many but this doesn’t make country laws any less applicable. Balinese people welcomed expats and tourists to their country and that shouldn’t be taken for granted. Breaking the law in any country runs the risk of deportation.

Kristen boasted about her 400USD per month rental property which Balinese on local salaries can’t afford.

Angry commenters are highlighting issues about disparities in class and income between Balinese people and expats. This has brought up latent issues regarding Western expats visiting Bali and exploiting its culture for their own benefit whilst disrespecting local people.

Kosenko had caused outrage amongst local Indonesian’s last month when he had launched a motorcycle of a Bali dock as part of a social media stunt. The local authorities had launched an investigation when this incident was initially reported in December.

However, his deportation yesterday was for hosting a mass gathering of people which he published extensively on social media.

Whoever lives in Bali, regardless of their passport, should first and foremost make sure we take care of the island. That we don’t litter or pollute. That we respect the local traditions. That we give more than we take

It’s important to note that digital nomads are welcomed to Bali. They stimulate the local economy by paying rent and purchasing services and goods from small businesses. Visitors that work and travel tend to make more effort to integrate themselves into local culture and contribute back to the community.

Many digital nomads that visit Bali decide to extend their stay as Bali starts to feel like home. When this happens, tourist visas can be extended a number of times. Those who decide to stay for longer than 6 months can apply for residency.

Paying taxes in Bali as a Digital Nomad

Kristen Gray decided to extend her tourist visa and decided that she wouldn’t pay taxes for money earned in USD.

If you plan to stay in Bali for an extended period of time you need to make yourself aware of the legal requirements specific to what you want to do while in the country. In Indonesia, all visitors are required to pay tax if they stay for longer than 183 days.

Ironically, Kristen continued to profit from her eBook on moving to Bali even though she was being deported for it. She has still not paid any taxes.

Having to report your global income, regardless of the currency it is earned in, is fairly common in tax law for most countries. As a digital nomad, it is important that you make yourself aware of tax and accounting laws in every country you visit for an extended period of time.

Part of Emerhub’s job is to understand the local regulations and find opportunities within those to help people to live and do business where they desire. Exploring the world is and should be part of human nature

Is it still safe for digital nomads to travel to Bali?

When the Indonesian government allows it, travel to Bali can be done safely and legally. There will be different visas you can apply for depending on what you plan to do during your stay and how long you wish to remain in Bali.

Balinese Authorities and local people encourage expats and digital nomads to visit Bali as it brings business to the area. It can be a win-win situation for all parties involved as long as mutual respect is maintained.

There are different ways of living and working in Bali legally. We'll find the way that suits your lifestyle.

Let's grow your business in Bali

How to build a villa in Bali as a foreigner

This article focuses on how to build a villa in Bali as a foreigner, whether it’s for your own use or you decide to become a property investor.

Foreigners have been allowed to fully own restaurants in Bali since 2016 but the pandemic has been tough on the industry. Is now the time to open a restaurant in Bali?

Immigration recently deported a Dutch woman (DMDG, 58) from Bali. Find out what you can and cannot do with a retirement KITAS.

Combining Business with Community and Charity in Bali

Read the short interview transcript with Christopher and Tamir about combining their business with community involvement in Bali.

There are still many aspects to keep in mind. Read the common mistakes that can ruin your experience when hiring freelancers in Bali.

How to Set Up a Diving Center in Bali

Good news if you’re interested in setting up a diving center in Bali. Diving center business is now open for foreign ownership.