Home » Blog » Indonesia » Setting Up A Foundation In Indonesia

Setting Up A Foundation In Indonesia 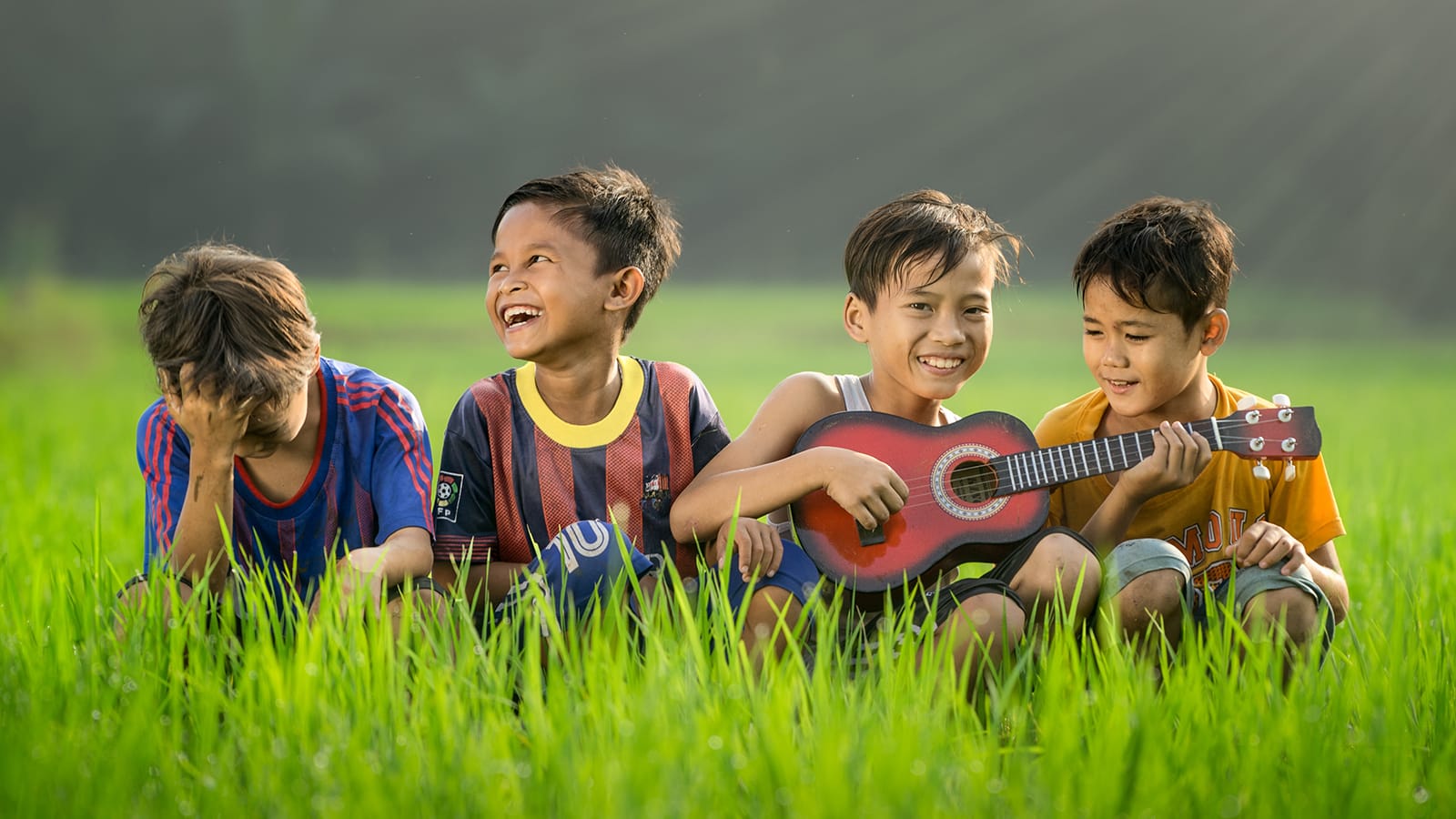 Yayasan, also known as foundation in Indonesia, is one form of non-profit organizations.

In this blog post you will learn about the structure of a foundation in Indonesia and how you can build it up with least hassle and most transparency.

What is a Foundation in Indonesia?

Multiple regulations define a foundation in Indonesia, taking Law No 16 of 2001 of Foundations as the basis (amended: Law No. 28 of 2004). It can operate in three main fields:

Note that when a foundation decides on setting up its own company, the activities must also relate to the foundation’s statutory purposes. Being established based on the separation of assets, the law defines a foundation as a non-membership legal entity. Meanwhile, foundations may benefit either the organization’s stakeholders or the public.

About Setting Up a Foundation in Indonesia 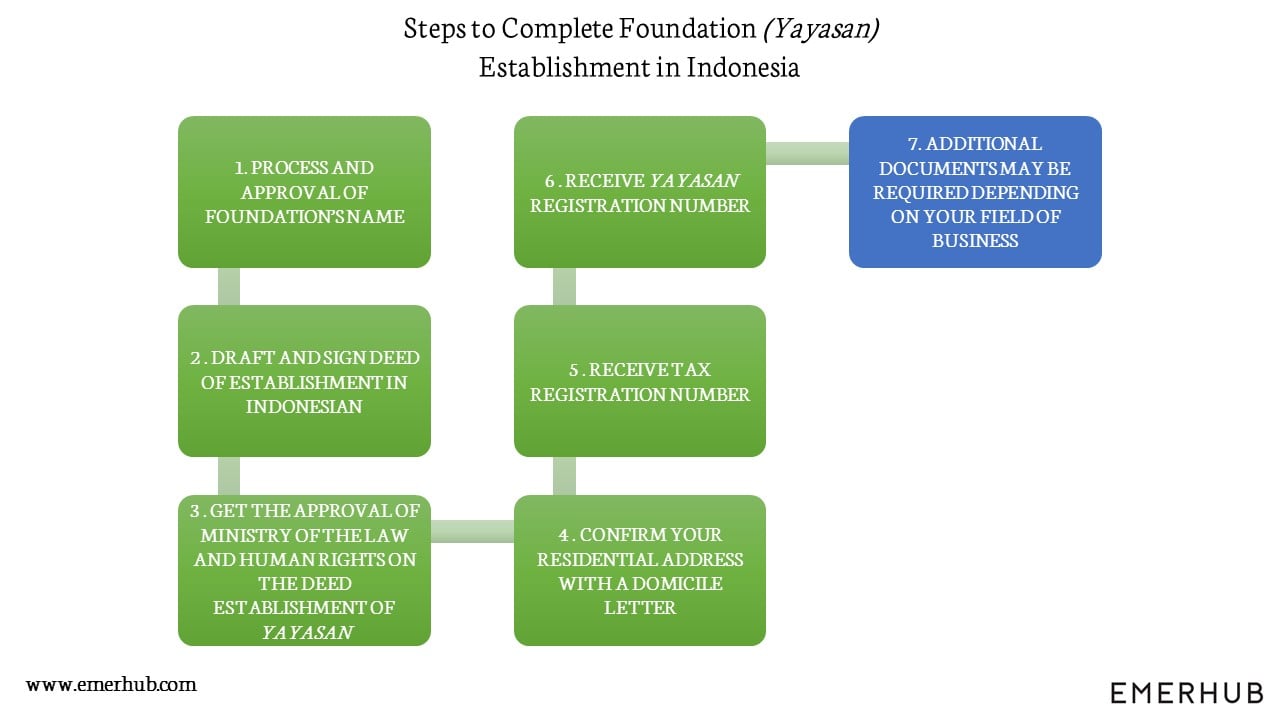 As a side note to the above, an important update in Indonesian legal system came from the Law No. 5 of 2014 on Validation of Foundations, making the process of establishing a foundation simpler. In short, securing and approving the foundation’s name became prompt from there on, as after the regulation was applied, all applicants were being processed electronically through Legal Entities Administration System.

For creating your Deed of Establishment, have it reviewed or translated into Indonesian, contact Emerhub via e-mail or the form below this blog post.

Structure of a Foundation

We discussed the corporate structure of a foreign-owned company in Indonesia in one of our recent blog posts. However, keep in mind the specific nature of foundation when filling its positions.

Note that the foreign member of the board should also hold a working permit (IMTA) and temporary stay permit (KITAS). If the member does not have these permits yet, read more about How to process and fill the requirements.

In addition to the above, the foundation must also have at least one of both:

Paid up capital of a Foundation in Indonesia

As for any starting entity, you need to fit into initial equity requirements. For a foundation in Indonesia, the starting equity depends on the nationality of the founders:

Does Law Allow Income or Compensation for a Foundation?

When it comes to foundations handling income, you are allowed to pay salaries from it. A foundation may also pay salaries to board members. Also, note that you may undertake public benefit activities.

However, you should not distribute or transfer (directly or indirectly) the assets (including cash, goods or other) among the members of the boards, the employees or any third parties. Thus, a foundation in Indonesia also can not be paying dividends.

Note that being a member of the Governing Board, Supervisory Board, or Executive Board, you must be a volunteer. This means you are prohibited from benefits and will not receive salary, wages or honoraria, expect from reimbursement of expenses. Though as an exception and latest addition to the law, Executive Board members receive compensation in the following terms:

Principles of a Foundation

Based on the Law on Societal Organizations, you may follow through activities according to your organization’s non-profit purposes.However, also keep in mind the principles of the foundation in Indonesia:

Organizations choosing to work as foundations must know that their work is considered as not for profit. To set an example, a non-profit organization may do charity work, many operate in health care or child support. Some are also gathering activists in environmental research and further actions to improve the society’s behavior and ecological footprint. 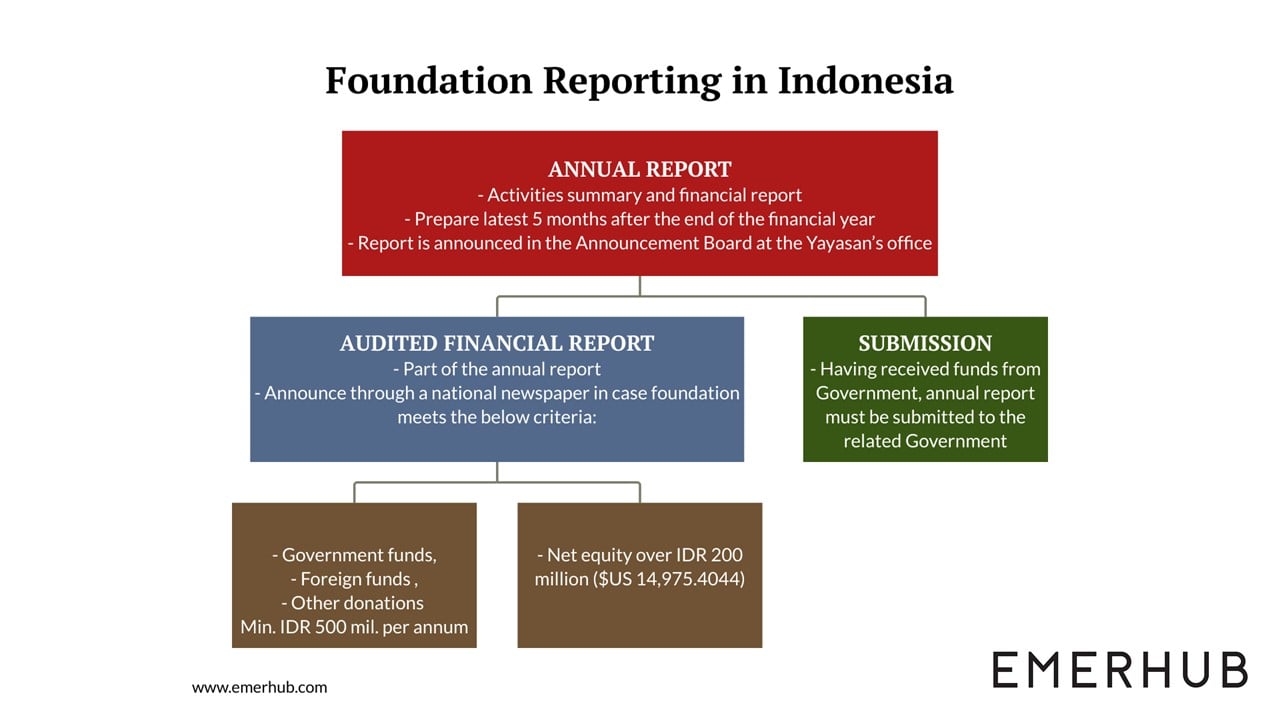 Tax Regulations for A Foundation in Indonesia

Non-profit organizations in Indonesia are subject to Income Tax. However, there are exceptions. Income is tax-exempt in case:

Though taxes do not apply to donations, keeping in mind there is no business or ownership between parties involved. As foundation is a legal entity, you must withhold some of it from third parties, which include:

For further discussions leading to solutions, reach out to Emerhub. Set up a meeting and let’s talk about your ideas of building a foundation.

Photo by Robert Collins on Unsplash