I am seeing Indonesia emerging as a world power – Edo Frese

Meet Edo Frese. If you are interested in Indonesia then you have probably come across publications managed and partly owned by him: Jakarta Expat, Bali Expat and recently Golf Indonesia.  If you visit Indonesia, you have likely tried sweets from a bakery run by him called Aaltje Bakery. We interviewed Edo in Jakarta to know […] 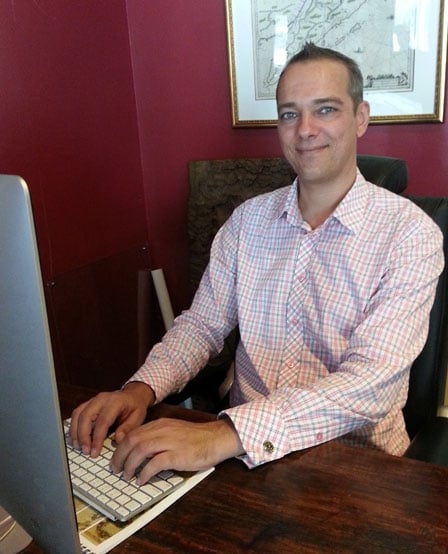 Meet Edo Frese. If you are interested in Indonesia then you have probably come across publications managed and partly owned by him: Jakarta Expat, Bali Expat and recently Golf Indonesia.  If you visit Indonesia, you have likely tried sweets from a bakery run by him called Aaltje Bakery.

We interviewed Edo in Jakarta to know more about his personal experiences with Indonesia and doing business here, as well as how he sees the country’s future.

What are you working on right now?

Many things! We are a publisher, so we publish three publications: Jakarta Expat, Bali Expat and Golf Indonesia.

You also run Aaltje Bakery. How did that business take off?

I manage the bakery, yes. The bakery was founded by… actually he’s sitting right over there (smiles). His name is Bartele Santema.

After his bar and restaurant business he had an idea to start making stroopwafels. Stroopwafels are one of the most popular cookies/waffles in the Netherlands. He brought some toasters back from his holiday there and started to experiment making the same cookies here. It turned out as a success because Indonesians love the caramel, the sweetness of the cookie. Right now Starbucks is one of the biggest clients.

Getting introduced to Indonesia

What was your first impression of Indonesia?

I came here for the first time in 1998, not for a job, but as a traveller. It was a very interesting trip, and had been, at that point, the best year of my life.

After that year I had fallen in love with the country and I decided that one day I have to come back and actually work and make a living here.

I didn’t have any job offers at the time. The first one I got was from another Dutch guy who had just set up a media company in Bali. I worked around Bali for the next three years and got familiar with the media business.

What perception of Indonesia did you have before coming here?

To be honest I didn’t have a clue!

Of course, I knew about the country because of the history between the Netherlands and Indonesia. The Netherlands took over a lot of things from Indonesia – like food. But yes, I didn’t even know that the majority of the population was Muslim.

How has the market changed over the years?

I came here in 2005. It has changed a lot in that time. Indonesia has developed very fast in the last five to seven years. The economy is booming and many foreign investors are coming to Indonesia now. You cannot compare Bali with what it was like five years ago! The same goes for Jakarta.

Also, I think the mentality has changed because the economy is asking for a more professional attitude from working Indonesians.

What are the biggest changes happening in your industry right now?

Well, if we talk about the publishing business in general, there is a realization that printed media will not be around forever. The trend is that advertisers move to digital ways to get exposure for their business.

We are also working on this. Our website is now attracting the same number of readers as the printed publications. We are very active in social media and in the process of developing applications for Android and iOS to reach additional audiences.

What about the bakery? Where do you see the market developing in the near future?

I see what’s happening now as just the beginning, just the start.

I think the next five years will see Indonesia emerging as one of the world powers as the economy grows. But this really still relies on the climate created by politicians. The country has to be seen as stable. There is a bit of unrest in the market right now because there is a presidential election next year. I think no matter whom the president will be, Indonesia will do well.

If you had one million US dollars available to invest in Indonesia, where would you put it?

I would invest it in buying land on the islands east of Bali because my opinion is that tourism will move more and more to the East in the longer term. This will be an extension of Bali to islands like Lombok, Flores and even further east.

The land there is still at a reasonable price, but hanging on to it for five to ten years will most likely give out a big return.

If you would choose any other industry besides your own, which one would you choose?

I would probably go into the recruitment business. Looking for qualified, skillful and professional employees is not easy. My challenge would be to work together with companies that are starting, providing them with professional staff. This would be a big challenge.