Home » Blog » Vietnam » Travel to Vietnam During COVID – My Experience

Travel to Vietnam During COVID – My Experience

In March 2020, I was stuck in Europe wanting to return home to Vietnam. Find out how I got approval to re-enter Vietnam and about my journey there during the pandemic. 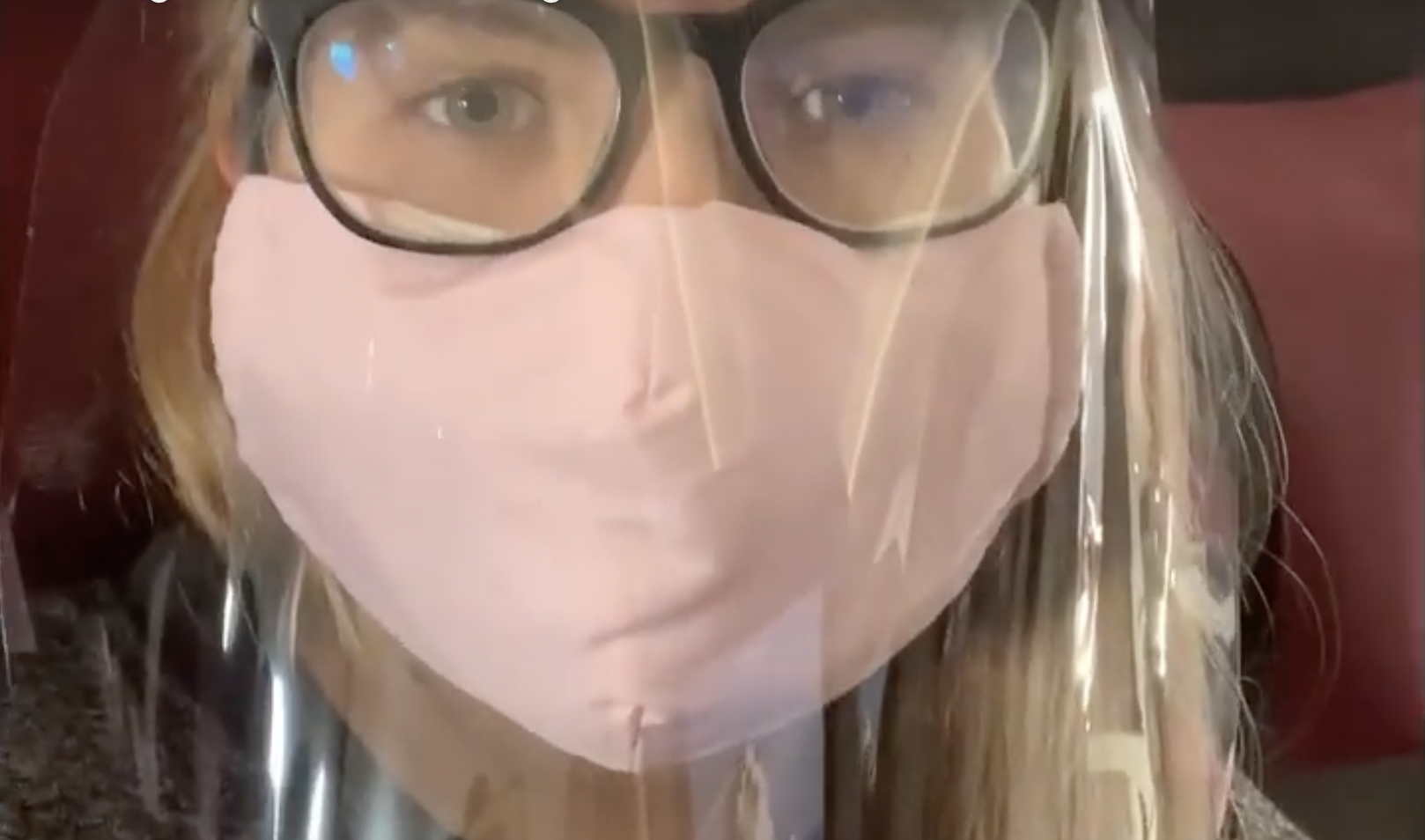 In March 2020, I celebrated my 30th birthday with a hike in the Torres del Paine national park of Chile. That’s when I got word that coronavirus had turned into a pandemic. That’s also when I learned that Vietnam, a place I call home, had closed its borders and halted the operation of all commercial flights.

My options were unclear, as they were to most people in the world who were away from home. All I knew was that I was five hours away from the nearest international airport with no hope of returning home.

International travel was complicated to say the least, but I made it halfway. I landed in Europe and decided to wait it out for a few weeks. How long could this possibly last? Little did I know, what waiting it out in 2020 could mean.

My Visa Status in Vietnam

I moved to Ho Chi Minh City in 2016 and now hold a work permit and temporary resident card. I have paid my taxes and hold a legal representative position in a company registered in Vietnam. I am what the government considers an expert. So when the first news came out that diplomats and experts could travel to Vietnam, I was thrilled. This was in April/May. All that stood in the way of travel to Vietnam was the lack of commercial flights, or so I thought.

Summer was beautiful in Europe, restrictions were eased and travel could take place, but there were no signs of commercial flights back to Vietnam. Life in Vietnam seemed pretty great as well. Vietnam went months without community transmissions and from the outside looking in, it seemed like life had normalised.

Even though my position at Emerhub had changed from a local to a regional role and I didn’t need to travel to Vietnam, I wanted to go back. I wasn’t ready to accept that my journey in Vietnam was over because of a global pandemic.

The Vietnam Visa Process during COVID

Even with a work permit and temporary resident card the conditions for reentry stipulated that I had to get special approvals to enter. I knew this could take some time, so Emerhub started to process my approval for reentry without any tangible hope for a commercial flight.

I spent countless hours scanning through airline websites, but I came up short every time. Except for relocation flights, inbound travel had stopped. It was possible to leave Vietnam on a commercial flight, but it was not possible to enter on one.

At the beginning of August, my luck finally changed. I received an email from Qatar Airways letting me know that if I got all my paperwork in order, I could finally go back home.

It took around a month to get all the paperwork finalised. I had to go to Finland to pick up my new visa, arrange my quarantine hotel and transportation, and take the PCR test.

All my paperwork had to be with the airline one week before the scheduled departure to give them enough time to get a landing permit. By mid-September, 6 months into my long wait to go home,  I was ready to travel to Vietnam.

Ready to return to Vietnam?

Talk to our visa team

Travel in 2020 was a risky sport and I was particularly nervous on the day of my departure. I remember being in the airport checking in for my flight and waiting for what seemed like an eternity while the airline personnel went through my paperwork, taking photos and making calls. This was the new normal, trying to get on an unofficial flight to a country with closed borders.

I had to take two flights to make it to HCMC, with a transit in Doha. The first flight seemed empty, but other than the need to wear a mask and visor, the flight itself ran close to normal.

Our long layover in Doha was surrounded with an air of uncertainty and when we could finally board the plane to Vietnam, the exhaustion and anxiety was palpable. We filed onto the plane in complete silence as if we were tributes in the Hunger Games.

The Flight to Vietnam

The flight from Doha to HCMC was something I had never experienced before.

There were only eight passengers on board a Boeing 777, an airline carrier with the capacity for over 300 passengers.

Upon landing, all the passengers were seated in the immigration area, while the staff checked our visas and paperwork. After passport control we were all lined up at the immigration counter, which seemed to take forever.

Getting to the Hotel

Organising a quarantine hotel and transport are two of the conditions for approval for travel to Vietnam. I had chosen the Ibis South in District 7 and one of two local companies that offered quarantine transportation.

After going through immigration I was guided to the baggage claim where my suitcases were waiting for me, dripping with  disinfectant solution.

As I was the only female passenger no one ever asked my name, they just guided me to my transportation. I kept my mask and visor on but I could tell people were worried to be near me.

Even though some of the other passengers were staying in the same hotel, we all had to get on a separate bus. Each passenger had an entire 50+ seater bus to themselves.

The seating area was separated from the driver’s seat by plastic sheeting.  My bags were once again sprayed with disinfectant solution before they were loaded on the bus.

Upon check-in I had to present my documents, have my temperature checked, and of course, my luggage was sprayed again. Luckily my suitcases could handle it, but my room smelled like a hospital for days.

The hotel room was humble, but clean. I had everything that I needed, including water, snacks, and instructions for the quarantine period. All I was missing was some space to use the jump rope I had brought with me. But I am unusually tall for Vietnam so, I won’t fault the hotelier for that.

I arrived at the hotel at night, so I wasn’t tested until the following morning. Due to the jet lag it was my not-so-pleasant wake up call. A sample was taken from one of my  nostrils and my throat, then I was sent back to my room. I didn’t hear anything back about my results so I just assumed I had tested negative.

I was tested every couple of days, which totalled up to four tests during my 14 day quarantine period. No schedule was provided so it was a surprise most of the time. The last test was taken after my 14th night and I was released 24 hours later.

In addition to testing I also had to measure my temperature twice a day and report it to reception.

I was provided with three meals a day consisting of a mix of local and western cuisines. Ordering in or receiving care packages was also an option. The hotel staff were friendly and delivered my orders at all times of the day.

For the first few days I was happy with the food offered. I hadn’t had good rice in months, so I was happy to make up for lost time. However, by the middle of the week, I was in need of fresh produce so I ordered in fresh fruit and milk for my tea from the local supermarket.

I was in good spirits for most of my quarantine as I had prepared enough work, books, exercise options and entertainment to get me through it. However, the anxiety started to creep in over the last few days.

I had heard rumours about the need to isolate at home after the quarantine. These rumours combined with a lack of information, made it a bit stressful. No one that has spent two weeks in quarantine wants to spend another two weeks stuck in their apartment. Needless to say I wasn’t going to ask for additional time in isolation, so I just decided to wait and see.

On the day of my departure, I was ready to go. By the time the phone rang all I had left to do was to put on my shoes. I basically ran to the reception and to my surprise it was a very underwhelming experience. They gave me a piece of paper and said I can go. I ordered a car and that was it – I was back in Vietnam and free to go wherever I wanted.