Home » Blog » Indonesia » Business Opportunities Outside of Jakarta and Bali

Business Opportunities Outside of Jakarta and Bali

Table of contents Biggest cities in IndonesiaGRP per capitaMinimum salaries in IndonesiaFinding educated employees in IndonesiaTest the Indonesian market by outsourcingClosing thoughtsThe capital district of Jakarta and the paradise island Bali are in the spotlight when it comes to doing business in Indonesia. However, the world’s largest archipelago has much more to offer. In this article, […] 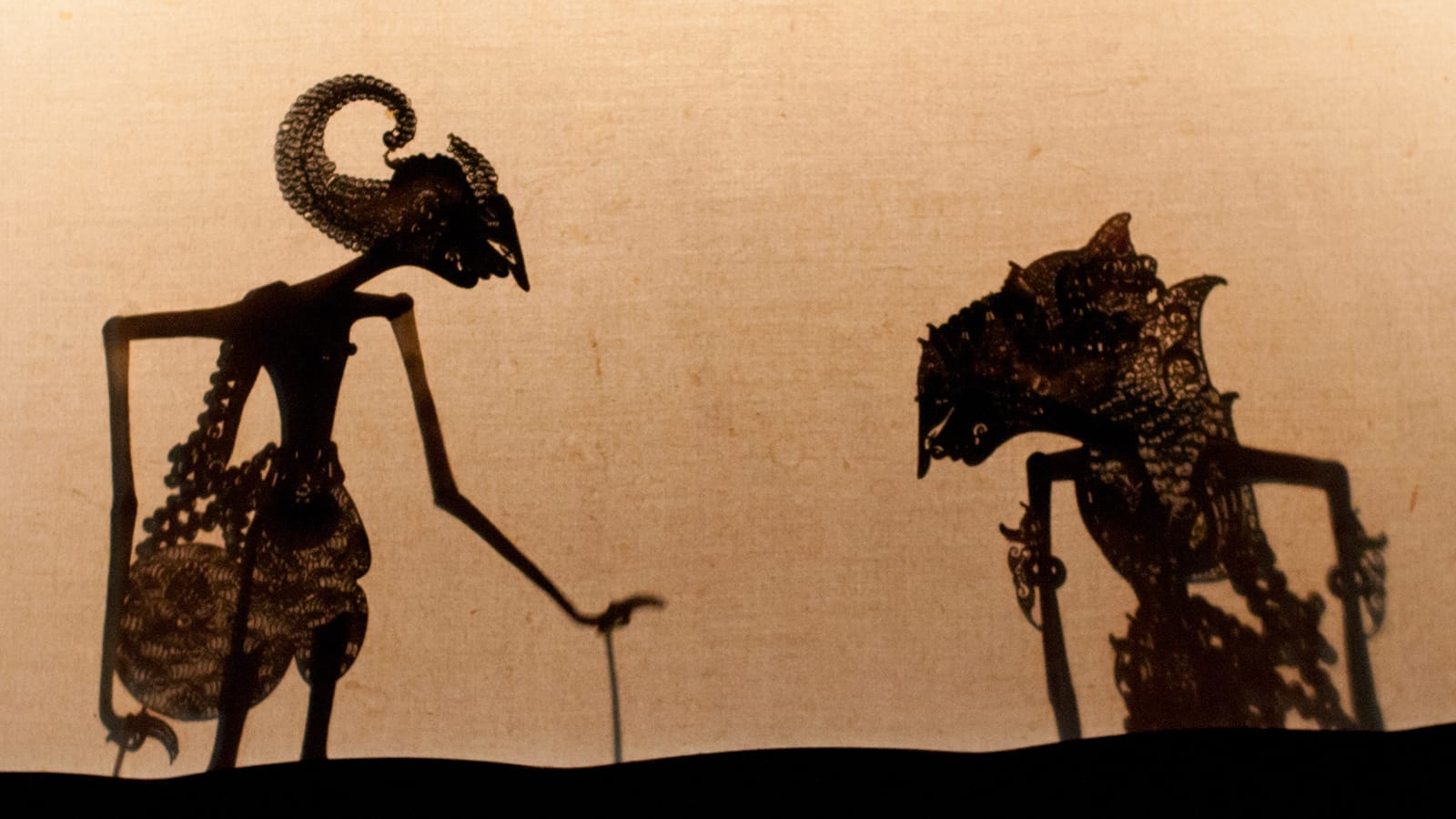 The capital district of Jakarta and the paradise island Bali are in the spotlight when it comes to doing business in Indonesia. However, the world’s largest archipelago has much more to offer.

In this article, we take a closer look at business opportunities outside of Jakarta and Bali. The focus is on consumer markets as we leave the topic of natural resources for another article.

Indonesia is the largest economy in Southeast Asia with an ample quantity of natural resources and immense potential.

Jakarta and Bali are the two most well-known destinations. However, with a population of over 250 million people, there are also many other cities with strategic locations and prospective business opportunities in Indonesia in 2017.

Note that those numbers only account for people living within city limits. Including the neighboring areas the populations can be several times bigger than what is mentioned in the table above. According to Worldometers, 54.6% of the population in Indonesia is living in urban areas and even more people are relocating to cities. This is an indicator of both growing number of solvent consumers as well as increasing labor pool. 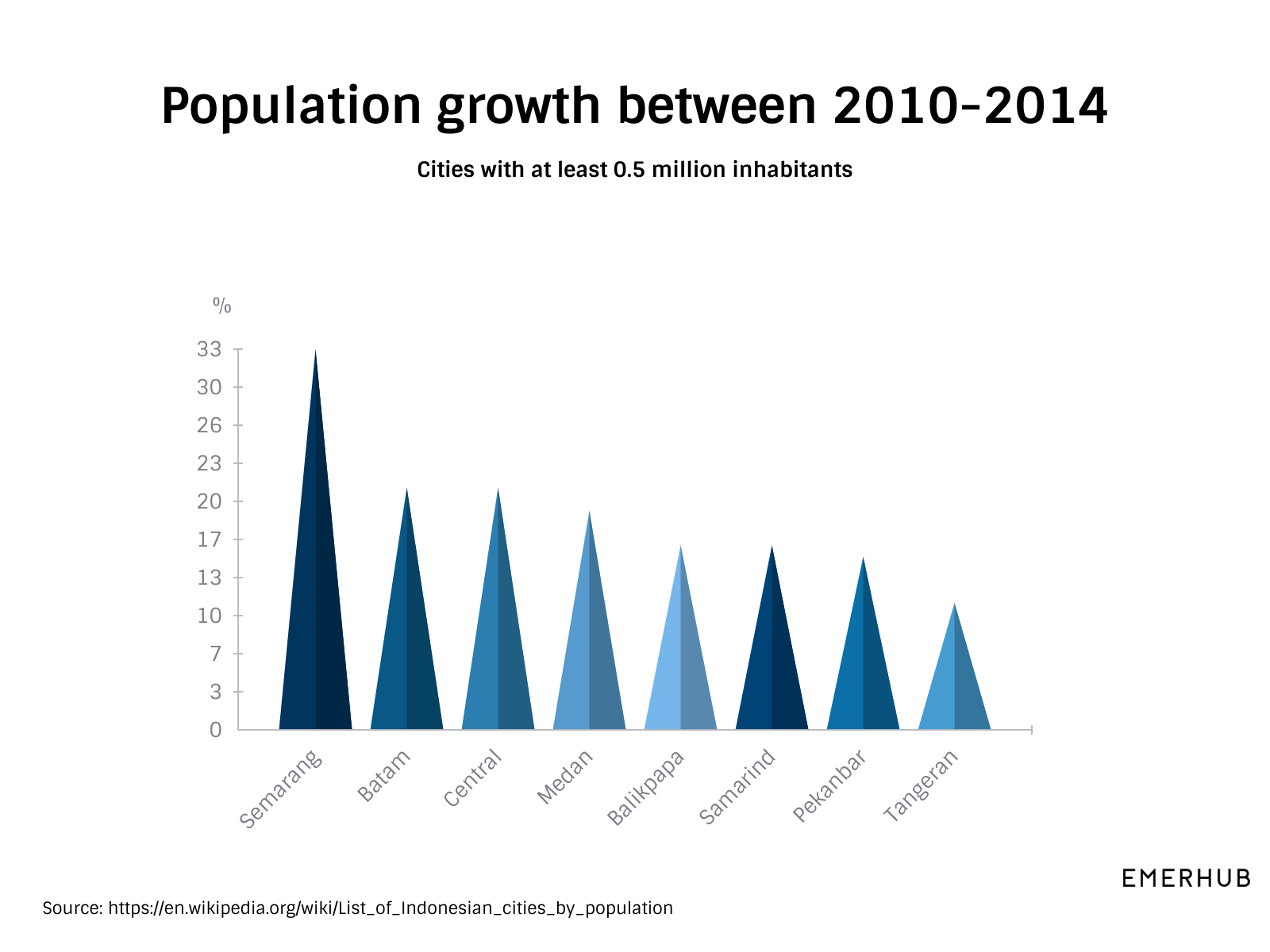 The regional gross domestic product nominal (GRP) indicates the economic situation most comprehensively, showing the market value of products and services produced in regions in a certain time period.

There are many areas in Indonesia contributing to the growth of the GDP with a significant number of GRP.

Source: Wikipedia List of Indonesia Provinces by GRP per capita

There is no set nationwide minimum wage in Indonesia. Minimum wages are revised annually by regional wage councils and vary in different provinces and cities. 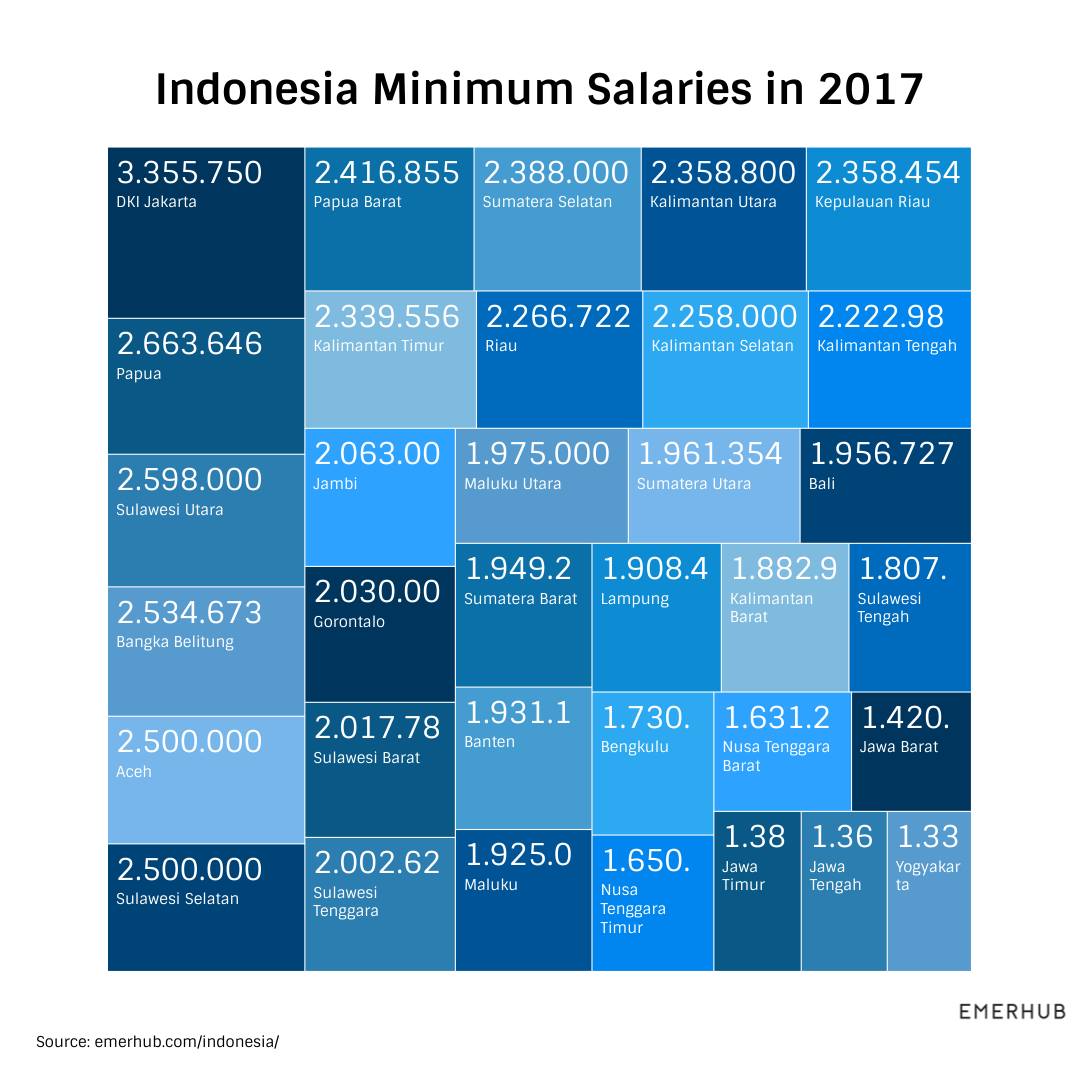 Generally, fresh graduates’ salaries in Jakarta are around Rp. 4 million (~US$ 295) and candidates expect a salary increase of 10-15% with each year of employment.

However, as we already pointed out, you can hire trained workforce in other Indonesia’s regions for half the cost of hiring in Jakarta.

QS Top Universities brings out ten best universities in Indonesia. Nine of them are featured in the QS World University Rankings 2018 and most of them are located outside of Jakarta, providing well-educated workforce across Indonesia.

Test the Indonesian market by outsourcing

If you are in doubt whether Indonesia has enough demand for your goods or services, you can test the market before setting up a company here. Emerhub’s outsourced operations model creates excellent conditions for trying out the market prior to making any investments.

It provides services such as importer of record and employer of record in Indonesia that allow you engage in business activities and hire employees without setting up a legal entity in Indonesia.

After making sure that Indonesia is the market for your business, you can proceed to company registration with confidence and an already existing clientele. 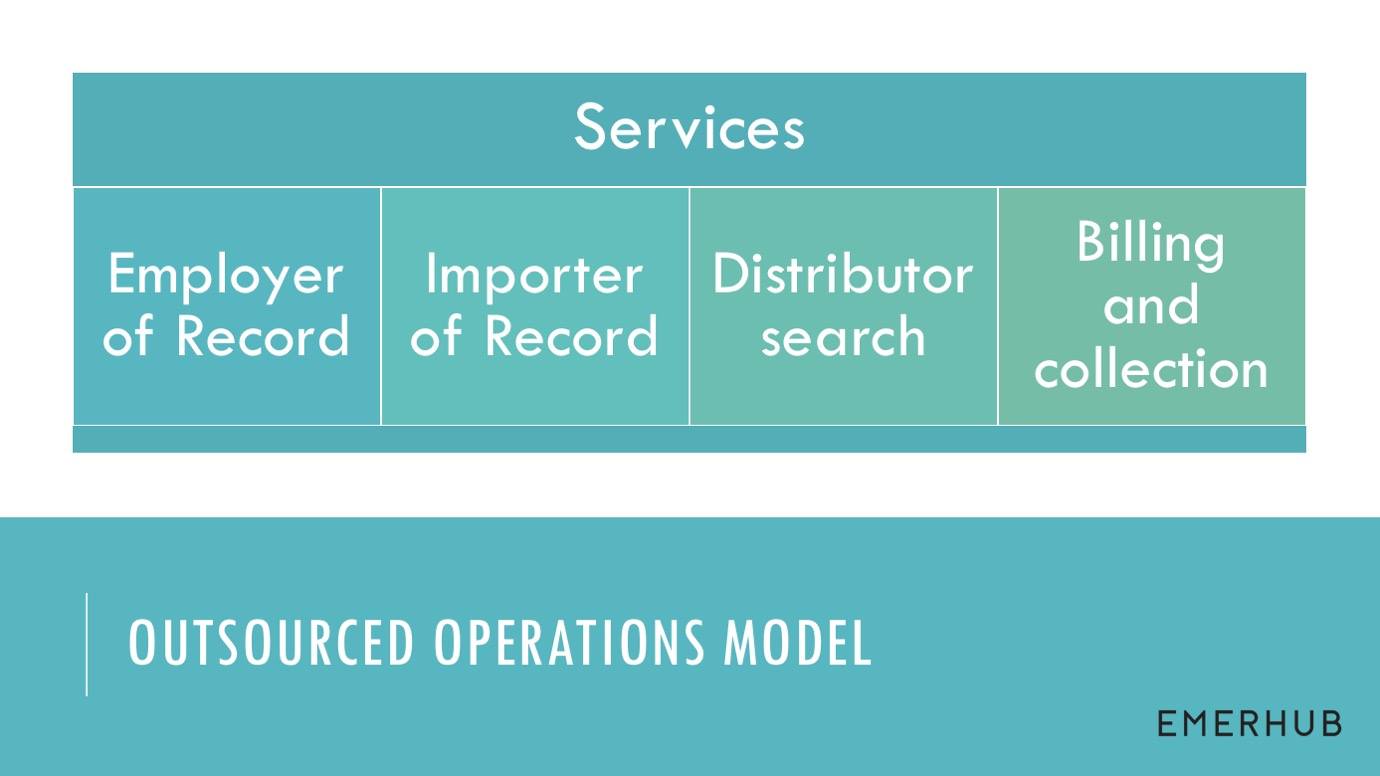 It is evident that Indonesia provides many great business opportunities outside of Jakarta and Bali as well.

Emerhub has over 5 years of experience and can assist you with choosing the best location for your future business as well as with your market entry strategy and company registration in Indonesia.

Contact us for a consultation via [email protected] or leave your details in the form below.
Read more: Simple Guide to Foreign-Owned Company Registration in Indonesia