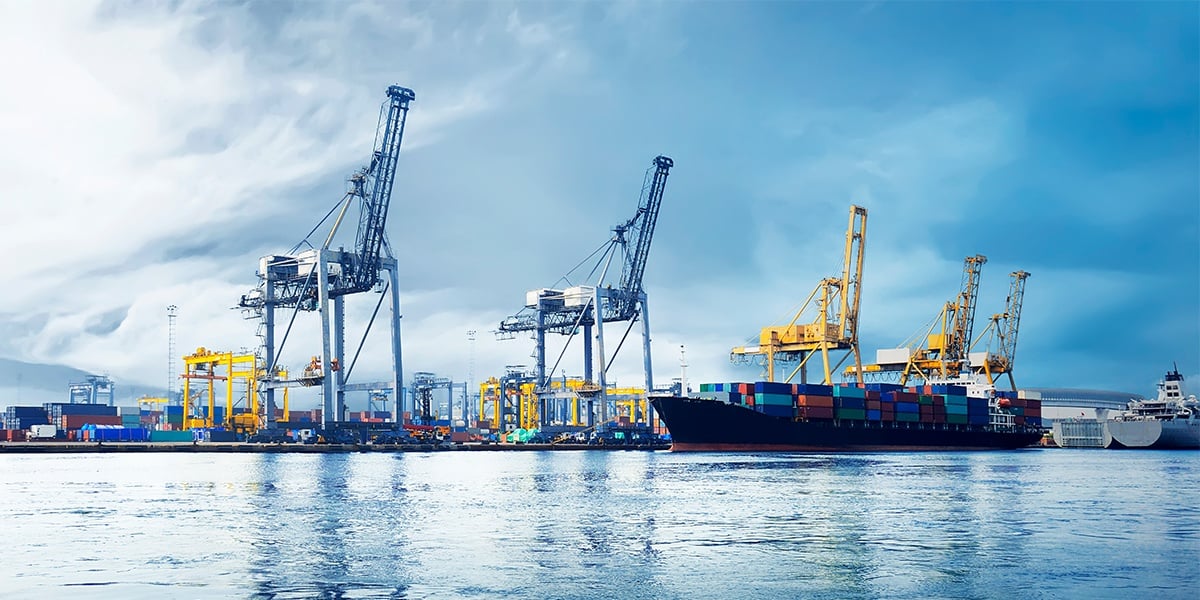 Most goods imported to Indonesia are subject to import duty. What are the prerequisites of becoming an importer in Indonesia, which import taxes apply, and how to calculate customs duty and import tax in Indonesia?

The applicable import duties depend on the type of product you want to import to Indonesia. The total tax of imported goods is also known as the PIB (Pemberitahuan Impor Barang – Declaration of Imported Goods).

If your products are considered luxury goods, they are also subject to Luxury Tax, which rate depends on the type of product.

Note that the tax calculation system in Indonesia is quite complicated. Therefore, it is wise to seek advice from local consultants before you import your products to Indonesia to prevent any unpleasant and costly surprises from arising.

Contact our import consultants at [email protected] for a personal consultation to find out which import taxes apply to your products.

Indonesia’s customs clearance needs the following documents to be for products to enter the Indonesian territory:

Once the goods have arrived at the Indonesian customs zone, the customs officials will place your products in one of the three different customs areas:

Some common reasons why goods get stuck in the red channel in Indonesian customs are:

To prevent your goods from getting stuck in the red channel, you can import your products to Indonesia using Emerhub’s importer of record (IOR) service.

In this way, you don’t have to obtain any import licenses in Indonesia nor worry about the customs clearance procedure as Emerhub will take care of everything on your behalf.

However, if your products are already stuck in Indonesian customs, Emerhub can help you sort out a solution. We are working with the customs daily, and we have a 100% success rate of clearing goods from the Indonesian customs.

Forbidden goods for import in Indonesia

These items are, for example:

According to Indonesian laws, trying to import those goods can result in substantial sanctions and even imprisonment.

How to calculate the total cost of import in Indonesia

To calculate the total import tax, you will first need to convert the total value of the goods to Indonesian Rupiah using the following formula:

The calculation formula for total import tax and duty:

To understand all the expenses related to importing goods to Indonesia, we have put together an example of a company importing milk powder to Indonesia. 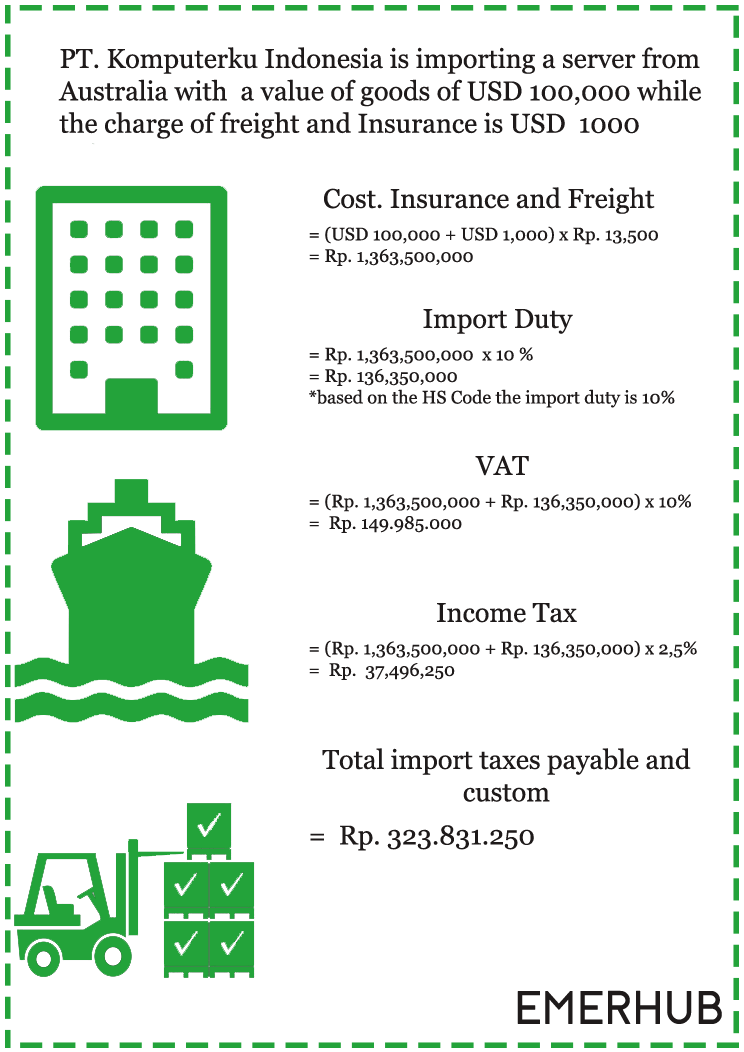 If you want to estimate your import costs, use the calculator below:

#1 What is the maximum tax-free amount for ordering goods online in Indonesia?

As per the new regulations released in September 2018, the maximum tax-free amount for importing products to Indonesia is USD 75, including CIF.

#2 How much is the import tax if I buy more than USD 75 worth of goods online?

If you want to import goods that are worth more than USD 75, but less than USD 1,500, the import charges are the following:

If your shipment is worth more than USD 1,500, regular import taxes based on the product’s HS Code apply.

#3 Can I import goods to Indonesia if I don’t have the required additional documents?

No, you must have all the required documents. If you don’t have the necessary licenses, Emerhub can help you.

How to import to Indonesia?

Option 1: Set up an import company in Indonesia

Foreign investors can set up 100% foreign-owned import companies in Indonesia. The incorporation process of a foreign-owned limited liability company (PT PMA) with import classification generally takes up to 6 weeks.

For a more in-depth explanation as well as the necessary documents, read our guide to setting up an import company in Indonesia. Note that if you plan to be also a distributor, you will additionally need to rent a warehouse to incorporate the company.

However, with the implementation of the One Single Submission System (OSS), Indonesia removed this requirement and companies will receive an Identification Number to Operate (NIB) which now also serves as an API-U as well as a NIK.

If you plan to import goods for your production, you need to obtain a Producer Importer Identification Number (API-P).

An importer of record (IOR) is a service provider that allows you to import your products to Indonesia without acquiring any import licenses nor setting up a company here.

Watch Marlissa Dessy, the Director of Emerhub, explain the essence of the importer of record service:

To get started with using Emerhub’s importer of record service, all you need to send us is:

Getting started as an importer in Indonesia

If you wish to establish an import company in Indonesia, you need to plan at least a few months since getting the company incorporated and acquiring licenses will take some time.

If you want to import faster or don’t want to establish an import company in Indonesia, you can start importing goods immediately by using our importer of record service.

To get started, contact us via the form below to book a complimentary consultation to determine the best practice for you.