How to Manage Indonesian Employees

Do you know why your office boy will not want to get in the same elevator with you? Or why what you thought was a happy announcement is sometimes greeted by silence and awkwardness in an Indonesian office? If you have been successful in leading employees in the past, it is easy to think that you have found what works and just continue using that style when coming to Indonesia. There might be many painful lessons waiting for you if this is the case.

Emerhub has interviewed many foreign executives and managers from various industries. They have discovered that managing Indonesian employees has distinct differences from what expats can be used to. In this article, we compile their knowledge, our experience, and some expert views on the subject.

In one of our interviewees, Ian Whitehead (Commonwealth Bank Indonesia), said: ‘you cannot classify Indonesia or Indonesians as one particular group of people.’ And yes, naturally, there is no single monolithic identity to people in Indonesia and it is hard to pool a quarter of a million people into a certain category or a mindset. There are hundreds of linguistic groups in this archipelago stretching over 5000 kilometers.

The capital Jakarta, where most expatriates stay, is home to all the major ethnic groups including the Javanese, Betawi, Sundanese, Chinese, Batak and others. Nevertheless, as the motto of the country promotes ‘unity in diversity’, there are some well-formed truths on how to best manage Indonesian employees and what make them different to what you are used to:

In a hierarchical society like Indonesia, a father-figure attitude towards managers is the standard and lines of authority are strong. Indonesians are not likely to voice their disagreement with you even if they do disagree.

Being very heavy handed can result in your employee not giving you information that you need because that information contradicts your proposed solution to a problem. To avoid this (in case you want their input) listen first and only then voice your own thoughts. 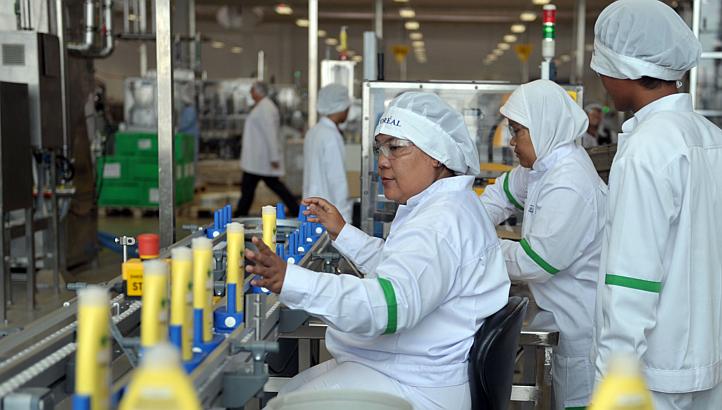 A belief in exterior factors like fate being behind failures can be a frustrating attitude for any managers that are trying to understand rational causes for business problems in Indonesia. Actually, this is probably going to be the first thing you will notice as a major difference.

There is little you can do to change whether someone believes in fate or not, so simply respecting the position is a good way to go. If you have the respect of your employees, they will – to a large extent – form the same opinion on how to go about solving everyday problems.

Relationships are important everywhere but even more so in Indonesia. Respect and trust towards a supervisor are the foundation to employee-employer relationships as well as business relationships here. So take care of your relationships, as there is not a very well defined line between personal and professional.

A senior position is very valuable in the eyes of most Indonesians. To give you a rough example, let’s imagine a car dealership and a new salesman who is really doing a great job selling cars off the lot. In Indonesia, he might be doing a good job but when it is time to promote someone, the salesman who has been with the company the longest has a by far a greater chance of getting the position than the most productive salesperson.

We are not saying you should follow the same pattern, nor that you should not. It is simply very important to be aware of such expectations and take great care when making decisions in these situations.

There are certain rituals where seniority crosses over to cruel and while cases of extreme hazing (the ritual where new students are ‘welcomed’ to university by senior students) are reported across the planet, the hazing ritual in Indonesia seems excessively cruel to most outsiders. The ritual can take a particularly bad turn with senior students not realizing the extent to which their juniors feel they need to comply.

The purpose of bringing this example is to demonstrate that power is important to Indonesians and, as well as leading people hierarchically, they also generally expect to be lead that way.

Employment culture in Indonesia has settled with the idea that moving up on the career ladder should be based on loyalty and seniority, not job performance. Because of this, Indonesians can be motivated more easily by respect and loyalty to their superiors than by the western ideal of a common higher goal for the company. It matters less what your employees do – as long as they have respect towards you and they feel that they have your protection in a tight situation.

We can bring out a very poignant example by George B. Whitfield III, who has written an excellent series of articles on differences in Indonesian working culture, where he writes:

‘[…] if you have an annual office party or awards dinner for your staff and you say something like: “Now here is Budi who outperformed everyone else in our office and we are giving him a new TV”. The polite clapping of his co-workers is going to be overshadowed by thoughts of ‘traitor’ and plots for revenge against the award winner. If you bring up another employee and say “Now here is Bambang who has worked for our company for 10 years and we are giving him a new TV’, Bambang will bask in the limelight and his co-workers will no doubt truly admire his accomplishment. The difference being that Bambang was rewarded for seniority, while Budi was rewarded for violating basic Indonesian business values.’ 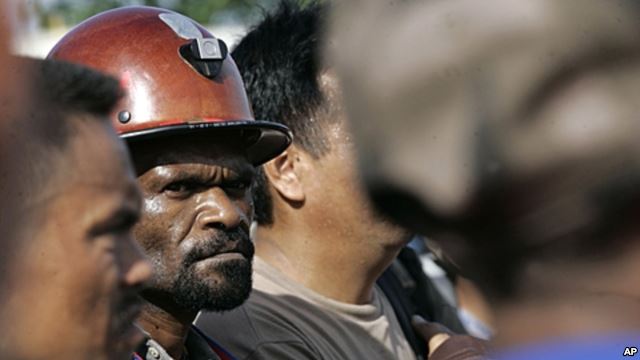 What we mean by this is that mixing tasks and roles at the workplace can be confusing to employees. Chee Hou, the owner of the brand activation agency PiEE Internasional in Indonesia, stressed to us the importance of making sure people who work for him know what to do correctly. Adding emphasis to the most important tasks that the company is currently working on and making sure that each person has a defined role. The confusion mostly stems from uncertain seniority as mentioned above and can lead to conflict.  Running a tight ship when it comes to what each employee is tasked with can help keep order.

This is probably the most prevalent problem that foreigners face when they manage Indonesian employees. If you have the company HQ breathing down your neck, it will not invite a lot of sympathy when you tell them that the locals do not care too much about when a project will be finished. Future oriented working cultures that highlight the style in the West for example, are deadline-driven and missing them qualifies as failure and incompetence.

A company struggling with this in Indonesia probably underestimates how meeting deadlines and the relegated stress is something Indonesians are deeply uncomfortable with and not used to. For your employees to understand that something needs to be completed within a certain timeframe, it simply needs to be made clear to them and reminded often. As uncomfortable as that may seem to you…

Every single characteristic that we have drawn here should be taken with a pinch of salt. Naturally, as we mentioned before, there is no single way to approach relationships at the workplace and this becoming truer as the country faces pressure for performance and international sets of standards. This means that there are differences between generations and the work mentality of your potential employee depends greatly on where and how long he or she has worked for before. Previous experience and education play a huge role in forming perceptions.

Many newly formed companies run by expatriates use ways to reward hard work and have had great success with what used to be an unacceptable business practice in the social perception of most locals. One of these would be the Indonesian offices of the travel giant Wego, headed by Graham Hills, who said in an interview to Emerhub that they attempt to hold on to good employees by bonus systems and by continuously improving the working conditions for employees. And this model has had great success.

In any case, in order for a working environment to be harmonious as well as effective, there needs to be consistency. Whether this consistency is established in the Indonesian or Western standards, or a combination of both (which is recommended but would be needed to carefully set up), your employees will flourish on structure.

Above all, it is important to show that you understand and respect the norms that are generally accepted in Indonesia, even if the management style that you are going to be using is different.